You are here: Home / Advertising / The Case for Embracing General Solicitation: VC Edition 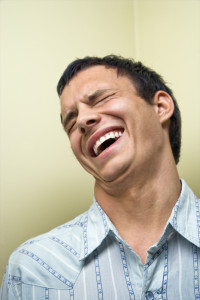 Ask VCs whether top venture firms are liable to take advantage of the new general solicitation rules, and the answer is often a barely suppressed laugh.

It’s easy to understand why some might look down their noses at the changes. VCs have been operating like a private club for a long time, and they tend to see their publicity-seeking brethren as trendy and desperate.

But all it takes is a quick skip down memory lane to see how fast some of the most mocked innovations to the VC game have become standard operating procedure for today’s Midas List.

Take secondary investments. As recently as 2004, selling a stake to a secondary buyer was an admission of defeat. But along came SecondMarket followed by a long string of savvy secondary transactions — like those Groupon shares that NEA offloaded to later investors, or Accel’s partial sale of its Facebook stake to Technology Crossover Ventures and Andreessen Horowitz — and suddenly, you were a dummy if you didn’t take some money off the table.

And what about marketing? If you’ve been in the industry for more than a decade, you know that many of the most august firms used to avoid reporters like the plague. Then some prescient venture capitalists like Fred Wilson began to build huge followings, and before you knew it, blogs became de rigueur. Andreessen Horowitz took things to another level when it began aggressively courting press attention in 2009. A lot of the firm’s peers privately complained that the firm was sucking all the air out of Silicon Valley, but today, every top firm has an executive or a team of people focused on communications and content strategy.

The list goes on and on. Seed-stage investing used to be a niche strategy as recently as 2005. Today, there’s a glut of seed-stage investors and seed-funded companies.

Investment documents used to 100 pages long and cost a fortune. Now, many startups use standardized Web templates that they can tweak to their heart’s content.

Successful entrepreneurs were outsiders in VC circles; now many have an easier time raising new venture funds than traditional firms.

Do you see where this is going? Yes, the prospect of advertising may seem outlandish right now, but so did a lot of these other trends.

On the plus side, if advertising can speed up a team’s fundraising process, VCs should have more time to make more money for their partnerships.