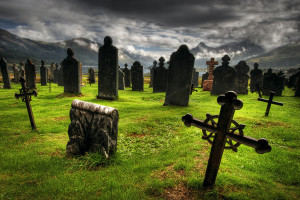 Even Sherwood Partners  – a 30-person company that industry insiders long ago coined “the undertaker” because of its decades-long history of shuttering companies – has launched a second business. Called AgencyIP, it’s a platform for selling the patents, trademarks, and other intellectual property of failed startups that Sherwood unwinds.

I caught up with Sherwood founder Marty Pichinson yesterday at his Mountain View office to learn more, as well as see how Sherwood is doing in these boom times.

When we last talked a couple of years ago, people thought so-called “winter” was coming for startups. It did not. Has that been bad news for Sherwood?

Not at all! After more than 20 years in the business, we now have VCs bringing us in earlier where they really want management to focus on tomorrow and let us take care of hiccups or financial problems that can take a company off track. We’ve been doing a lot more corporate restructuring.

What kind of hiccups are you ridding companies of?

It can be anything. Sometimes they made a bad deal for equipment, or they paid people to [take the company one direction] and now they’re going another way. VCs will bring us in before raising a new round so we can help reduce any unsecured debt first.

Beyond renegotiating equipment leases and analyzing who to cut, what else can you do in this kind of roaring economy? Is it impossible to work out cheaper rent right now, given low vacancy rates?

Nothing is impossible. We’re kind in what we do. If you’re a jerk in life, people don’t want to work with you. Even though we’re renegotiating debt, maybe you’re talking about a few months. If everyone pitches in a little, there’s a better chance that the company will make it.

What’s the failure rate right now? Has it changed because of all the seed-funding we’ve been seeing?

Nah. About 2,000 companies are funded per year and about 20 percent of those companies exit, meaning 1,600 [fail]. Maybe it’s because your customers aren’t coming in fast enough, or another player has beat you to market, or your board members don’t have the resources to re-up anymore and they’d sooner walk away and save their dry powder.

Right now, I’m closing a 12-year-old company that raised $227 million. It needs $40 million more but its investors are tired. Do you put it in this company or put it another? It’s all about placing bets.

We probably sell more orphaned [intellectual property] than anyone around. We launched the company eight months ago and we already represent more than 1,800 patents, including from CBS and Showtime and other Fortune 500 companies. We’re like William Morris, negotiating the best deals possible for the IP we have [along with finding ways to repackage it]. We can take two patents that aren’t the best in the world, for example, and put them together and they can become better.

Who’s buying what, and what’s the range of how much they are willing to pay?

Our offices are full of people all the time, so we have excellent relationships with everyone. And we’ve had IP sell for $500,000 and we’ve sold it for between $25 million and $30 million.

You’ve seen plenty of cycles. Where are we in this one?

To me, there’s never been storms or halos. Someone is always reinventing something. These young people can see through time. Who ever thought that Facebook would be what it is — or Amazon, or Google, or Twitter?

Change is continuous and every four or five or six years, there’s a paradigm shift to where smart people think the new deals will be and as part of that readjustment, you get rid of the old things. Maybe you shouldn’t bail out. But you can’t hold on to everything forever.