Google’s latest transparency report is out and it shows, unsurprisingly, that local, state, and federal governments have been asking for far more information. In the second half of 2009, U.S.-based data requests numbered 3,580. By the first half of this year, that number had risen to 10,918, a 205 percent increase.
—–
So Snapchat is Worth More than $3 Billion. Got It.

Even if Snapchat is worth top dollar, Facebook has current assets of $10.5 billion in cash. Paying $3 billion in cash would significantly deplete its balance sheet. Observers have likened the offer to Google’s reported bid to buy Groupon. But with Google’s many tens of billions of dollars in cash, Google could have easily afforded to gamble on Groupon; not so with Facebook and Snapchat. 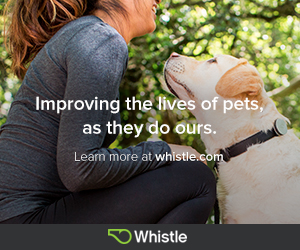 BBOXX, a three-year-old, London-based company that sells solar-powered battery boxes to people in developing countries, has raised $1.9 million in funding from the personal fund of venture capitalist Vinod Khosla — Khosla Impact — and Synergy Growth. The company aims to bring electricity to 20 million people by 2020.

docBeat, a three-year-old, Las Vegas- based company whose messaging app helps healthcare teams communicate efficiently in real time, has raised $1.1 million in funding. The money comes from unnamed accredited investors, says a release about the round.

CreativeLIVE, a three-year-old, online education platform whose operations are split between Seattle and San Francisco, has raised $21.5 million in Series B funding led by Social+Capital Partnership. Greylock Partners, an existing investor, also participated in the funding, which brings the company’s total funding to just less than $30 million. CreativeLIVE allows teachers to broadcast their classes live in HD video and to interact with thousands of students who are logged on to watch.

Ezoic, a three-year-old, Carlsbad, Calif.-based company that optimizes the layout of its customers’ websites to maximize their ad revenue, has raised $5.6 million in Series A funding. Balderton Capital led the round and was joined by New Amsterdam Capital, Silicon Valley Bank and private investors.

Househappy, a 2.5-year-old, Portland, Ore.-based real estate platform that invites users to post and search for properties around the world, has secured $1.5 million in seed funding from angel investors.

Quirky, a 4.5-year-old, New York-based app developer that makes it easier for its customers to access a range of connected devices from mobile devices, has raised $79 million in Series D financing. Much of the round — $30 million of it — comes from GE, which is taking a minority equity stake in Quirky. Filling out the round are Quirky’s previous investors: Andreessen Horowitz, Norwest Venture Partners, RRE and Kleiner Perkins Caufield & Byers.

TouchBistro, a three-year-old, Toronto-based company that makes a digital menu and restaurant management app, has raised $4.5 million in seed funding. The round was led by Relay Ventures and included the participation of numerous angel investors.

Yapta, a six-year-old, Seattle-based travel site that allows users to track price changes, has raised an additional $2 million as part of its Series D round. (It had closed on $4.22 million in July). The funding comes from two travel industry companies: Amadeus and Concur. Yapta, meanwhile, has now raised $22.4 million in equity and another $1.45 million in debt, according to Crunchbase.

Founders Circle Management, an 18-month-old, Menlo Park, Calif.-based firm, has raised $38.9 million since March, according to an SEC filing that lists the fund’s total offering amount as “indefinite.” The firm, which describes itself as a technology growth-stage fund, invests in privately held companies by buying the shares of the companies’ founders, employees, and early investors. Two of Founders Circles’ cofounders — Mike Jung and Chris Albinson — worked at Panorama Capital prior; a third, Ken Loveless, was a longtime managing director at Silicon Valley Bank.

Zulily, the Seattle-based flash deals site for mothers, revealed in an SEC filing yesterday that it has increased its expected per-share price from $16-$18 to $18-$20. The company plans to go public on the Nasdaq on Friday. Among Zulily’s biggest shareholders are Maveron (it owns 23.5 percent of the company),  August Capital (it owns 7.4 percent), and Andreessen Horowitz (it owns 7.3 percent).

Dev Ittycheria has joined the Boston-based venture capital firm OpenView Venture Partners as its third managing director. Ittycheria had joined Greylock Partners as a venture partner last year. Before coming to the firm, he was the president of BMC Software‘s enterprise service management division.

Marissa Mayer is spending too much time promoting herself and not enough time fixing Yahoo, argues Variety.

Alex Rainert, the 10th employee of Foursquare and its longtime product head, is leaving in the midst of a significant product rollout for the company, reports AllThingsD.

Three Tesla Motors employees were injured yesterday when a low-pressure aluminum casting press somehow failed. One employee was seriously hurt and two others suffered minor injuries when the machine (eek) spilled hot metal on them. Tesla Motors CEO Elon Musk said in an email to Inside Bay Area. “(I) am going to visit them in the hospital later today and will personally ensure that they receive the best possible care.”

VCs heart e-commerce —  especially when it comes to clothing and accessories businesses. According to new Pitchbook data, investors have funded 80 U.S.-headquartered apparel and accessories companies since the beginning of 2008. From 2008 to 2010, an average of 9 to 10 deals were closed each year. But VCs doubled their activity in 2011, then doubled their activity again in 2012 (to around 40 deals a year). Meanwhile, 2013 has already seen more capital invested in related companies than in any of the five years prior.

KPMG is looking for an “account relationship director, venture capital,” in New York. The firm says the role develops and manages relationships with C-level execs, board members and alumni at assigned accounts (presumably to help KPMG sell its accounting services to VCs and their clients?) To apply, you need ten years of venture capital experience and a background with a Big 4 accounting firm.

Quartz writes that Apple and Samsung‘s smartwatches are going to be way too cheap to be lucrative for either company.

The U.S. government has weaponized the Internet. Here’s how they did it, in Wired.

Video games, many of them military-themed, are becoming a way to keep young Iraqis indoors, and away from the chaos outside on their streets.

An Argentine car mechanic has created a device that could save a baby who gets stuck during birth.

The not-so-dark side of affluent Atherton, Calif., as seen through police blotter items.