You are here: Home / Morning Summary / A VC Helps Prisoners Start Over, With Startups 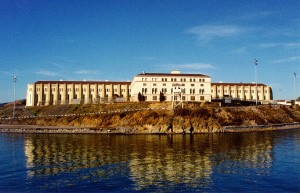