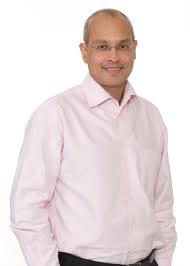 Nikhil Khattau has spent most of his career both building and investing in India-based companies. In fact, in 2007, soon after selling a mutual fund he’d founded to a financial group, Khattau co-founded Mayfield India in Mumbai, where he continues to help the firm.

It isn’t always easy, given that India’s 1.2 billion residents remain very much separated both culturally and economically. “You have to divide India into the country [that wants to be a great global power] and ‘Bharat’ … which is rural India, where 70 percent of people live,” says Khattau.

Khattau tends to invest in non-tech companies that cater to the latter — outfits like Geodesic Techniques, a specialty construction company that creates buildings out of steel and glass. (“Most were made of concrete prior,” says Khattau.) But earlier this week, during a wide-ranging conversation, we discussed India’s metropolitan centers, too. Here’s part of that conversation, edited for length.

I recently read an article positing that given the amount of gold held by people in India, there must be a way to unlock its value, possibly by renting it out. That struck me as an interesting proposition. Would it ever be possible culturally?

Well, gold is used to show whether you’re wealthy or not. But women have also traditionally been given gold jewelry, so if ever they need money, they can pawn or sell their jewelry and have access to liquid cash. When a woman is married off, she’s given a lot of jewelry by her parents as her backstop, really. She then saves it to pass along to the next generation. So looking at gold and gold jewelry in that light, the sharing just doesn’t work.

Still, I think in urban India, it could be interesting. We’re seeing [a lot of behaviors] that are more akin to what you’re seeing out West: young people living away from home, earning their own money, wanting to go out and dress up and not necessarily wanting to invest in the hot asset that gold is. It would be complicated, but it’s a non-trivial market. The four biggest metropolitan centers have 10 to 15 million people; the next four have between 5 million and 10 million people. Altogether, city populations [add up to] 350 million.

Is this younger, urban demographic interested in shared transportation other than buses, or is that also premature?

The public transportation system isn’t great. And not everybody can afford their own private transportation, so there’s a unique phenomenon in India where companies provide transportation – sort of like shared taxis. If you look at Google or Amazon or Infosy, for example, they’ll commission thousands of private taxis each month. The taxis are fairly sophisticated, too; they feature GPS systems, and employees have their own codes, all of which enable their employers to know where a cab is and how many people are in it and whether or not it’s running late. It’s sort of like an Uber system, but it’s enterprise-geared.

Why are you focused exclusively on low-tech or no-tech business opportunities?

India is so many generations behind that we’re seeing white spaces where you [in the U.S.] have had developed structures for 30, 50, even 100 years. We’re also able to realize venture-style returns without taking venture-style risk, because the model has been proven time and again. For example, we recently exited from a portfolio company called Fourcee Logistics, which transports liquids [from fatty acids to crude palm oil to molasses] in multi-modal containers. These containers have been around in the rest of the world since the 1950s; Fourcee was first to bring them here.

It really seems like India is developing at two speeds.

Absolutely. The twenty and thirtysomethings are looking for bleeding-edge technologies; they want free, perfect, and now. Then there’s the rest of the country.