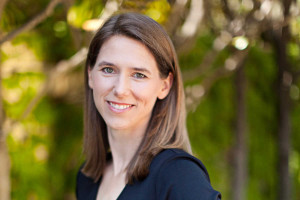 Trae Vassallo’s early investment in Nest Labs, maker of Internet-connected devices like thermostats and smoke alarms, has placed her in the ranks of today’s top venture capitalists. But Vassallo, along with a handful of other longtime Kleiner Perkins general partners, was recently cut from the firm’s investment committee in a sweeping reorganization first reported by Fortune.

Perhaps it’s no surprise that sources say Vassallo is planning her next move – though she refuses to comment. She also seems ready to shed her reputation for green tech deal-making and to embrace her passion for Internet-connected devices for both consumers and enterprises.

During a visit yesterday afternoon to Kleiner’s Sand Hill Road offices, I chatted with Vassallo about her career thus far, and her goals for the future.

Hers is actually a very familiar story in Silicon Valley, land of the super achievers. After earning three degrees from Stanford – a bachelor’s and master’s degree in mechanical engineering and an M.B.A. – Vassallo headed to IDEO, where she designed products for Palm and Dell. She then cofounded the mobile device company Good Technology, which later sold to Motorola.

By 2003, Vassallo had been invited to join Kleiner Perkins, just as the firm was beginning to bet heavily on green tech. Vassallo worked closely with a number of related management teams, including RecycleBank, a green rewards and loyalty network; Altarock Energy, a geothermal development company; and the electric luxury car company Fisker Automotive.

But it was Vassallo’s innate knowledge of mechanical engineering that became her biggest triumph. While Kleiner Perkins’ partner Randy Komisar ultimately sat on the board of Nest, Vassallo was first to recognize the opportunity the startup presented to Kleiner, having investing so much of her time focused on smart grids and energy efficiency. In fact, Vassallo says, in the months before Nest founder Tony Fadell sat down with Kleiner, she was specifically studying thermostats as a way for consumers to more easily measure and control their energy usage.

According to Fortune, Vassallo further negotiated the Series A round on behalf of Kleiner and continued to support the management team, including through introductions to utilities.

The deal returned Kleiner a reported 20 times its investment when Nest sold to Google last month for $3.2 billion in cash.

But Nest wasn’t Vassallo’s only connected-device deal. In 2011, she also led Kleiner into Enlighted, a lighting control tech company that can individually measure and manage lighting at each light fixture and reduce energy consumption by 50 to 75 percent. Designed for offices and commercial buildings, Vassallo likens it to a “Nest for the enterprise,” particularly given its ultimate goal of proving security and other features beyond lighting.

As a next step, Vassallo says she’s looking for more related opportunities. For example, she sees a day when every home has numerous tablets that cost next to nothing and form a kind of in-home communications system.

Vassallo is also interested in companies that apply social benchmarking to connected devices and put the numbers they generate into a more useful context. “I don’t necessarily want my friends to know how out of shape I am,” she jokes, “but I’d be interested in knowing how [my fitness level] compares to other working moms in the same age range.”

I ask Vassallo if she’s also interested in working more closely with other women VCs, a growing number of whom have been striking out on their own. She is friendly with longtime DFJ investor Jennifer Fonstad, for instance, and says she’s thrilled that Fonstad and Theresia Gouw, a former managing director at Accel Partners, have joined forces to create a new, self-funded venture firm.

“I think women should do business together,” she tells me, determined not to give away anything about her plans yet. “I think it’s important to have one another’s backs.”

For now, though, Vassallo is focused on Silicon Valley’s next generation. This weekend, she’s judging an “entrepreneurship” contest at the middle school of one of her three children. She also created a robotics program at Castilleja School, a school for girls in Palo Alto.

Sitting in her glass-lined office, Vassallo says, half-kiddingly, that she used to wonder why she nabbed a degree in mechanical instead of computer engineering. Today, that training is beginning to pay off in all kinds of ways.