You are here: Home / Entrepreneurs / DCM Reboots with a New Fund and Three Fewer GPs, Including Dixon Doll 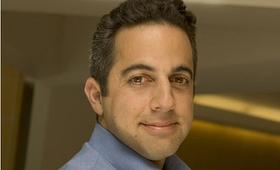