You are here: Home / Entrepreneurs / For Beckon CEO Jenny Zeszut, It Pays to Be Nice 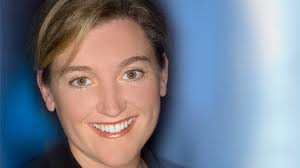