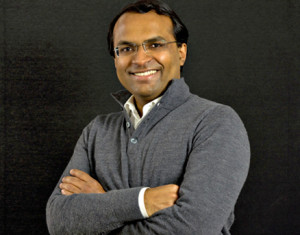 One of the best-known things about Mithril Capital Management is that it is named after a fictional metal from J. R. R. Tolkien’s fantasy writings. Put another way, the 22-month-old investment firm, cofounded by influential investor Peter Thiel and his longtime colleague Ajay Royan, remains mostly a mystery, even to those in San Francisco, where it’s based.

That’s probably because local investors don’t see much of the firm, suggests Royan, sitting in a modern conference room at the firm’s well-appointed offices in the Presidio, where roughly a dozen people — principals to vice presidents who’ve worked for one of Thiel’s past companies — are trying to create a kind of modern-day Berkshire Hathaway.

More specifically, Mithril is assembling a highly concentrated portfolio of companies that most in Silicon Valley have never heard of, let alone would ever fund. (Think underwater robots in Toulouse, France, and a Boston-based technology company that’s enabling travelers to book train tickets the same way for every rail line.) It’s going long on these companies, too. When the firm raised $540 million for its debut fund, it turned not to institutional investors but “larger family endowments and sovereigns,” who agreed to let Royan and Thiel lock up their money for as long as 12 years. The pair, who personally contributed up to a fifth of the fund’s capital, told investors they wanted the option to wait out markets if necessary.

Of course, Berkshire Hathaway’s founder Warren Buffett famously doesn’t invest in technology. But Royan, who speaks in elegant paragraphs peppered with scholarly references, says that’s a product of timing. Tech was a “boom and bust” industry once, not a long-term bet. Today, he says, “If you ran the Warren Buffett gambit in 2014 de novo, you’d probably only be doing technology-driven investing, because that’s where you build [today’s] lasting franchises.”

StrictlyVC talked with Royan last week; here’s some of that chat, edited for length:

You were born in India, raised in Abu Dhabi and graduated from Yale – a degree in political economy in hand — by age 20. What did you want to do, and how did you wind up working alongside Peter Thiel?

I wanted to be an industrial designer; I wanted to be an entrepreneur. And I became aware of Peter through mutual friends around a friend’s wedding in New York. At the time, he’d recently sold PayPal to eBay and was thinking about [starting his hedge firm] Clarium [Capital Management] and our initial conversations were around my joining him as an entrepreneur in residence and starting a company.

And you did, eventually becoming a managing director at Clarium. Why leave to co-found Mithril with Thiel in 2012? What was the impetus?

With a hedge fund, people can invest whenever they want but they can also redeem whenever they want; it doesn’t matter how successful you are. And a big macro event like the 2008 financial crisis created a [system-wide need for liquidity] precisely when, because you have convictions and a view of the future, you wanted to invest more. That led to a conversation about permanent capital and longer-term investing.

What was the initial idea?

The initial idea was to have permanent capital, for it to almost be like a corporation that would go public 15 years down the line, and Peter and I would happily lock up our own capital for that period. [But] that turned out to be a very radical proposal. People were like, “Whoa.” [Laughs.] So we ended up defaulting to a more standard fund structure. But we asked for people to be thoughtful about how to make it a long term fund, so it has almost a six-year investment period [so we can wait out frothy markets if we want]. It’s also . . . almost a 12-year fund, so when we talk with entrepreneurs, we can say [that while] we started in 2012, we can have a view inside this balance sheet all the way to 2024.

You’ve made seven bets so far, in very disparate types of companies. One of them is C2F0, a collaborative cash flow optimization company in Kansas City that tries unlocking capital trapped in trade relationships. What kind of process led you to the company?

There was this question-asking process basically saying: Are there things other than credit underwriting that make sense in an economy where it’s hard to mobilize capital? Who’s thinking about this? And our team ran a screen and we looked at companies in the space; we looked to see if they were working with good investors and whether they had a technology DNA, because you do have a lot of financial people who think about stuff like this, but we didn’t want a transactional business. We didn’t want to do an exchange on Wall Street.

How many companies do you talk with, who at the firm ultimately decides what Mithril will fund, and what size checks is the firm writing?

I think we’ve [funded] less than 1 percent of what we’ve looked at in the last 20 months . . . The investment committee is Peter and myself [because] we want to be able to make decisions quickly . . . And we make investments between $20 million and $100 million-plus in size.

Have you written a $100 million check?

We have a $100 million exposure, including reserves, to a company, already [though I can’t say which]. It’s not in stealth, but we haven’t announced the investment at the company’s request. But we do have about 20 percent of the fund committed to a single name at this point.

(We’ll be running more of our interview with Royan this week, readers, so stay tuned.)