Good morning, everyone! It looks like roughly 20 percent of you didn’t receive yesterday’s email. (Sorry. We’ve no clue what happened.) If you’d like to check out the entire newsletter, it’s here. If you’d prefer to read yesterday’s column alone, “Inside Mysterious Mithril Capital,” it’s here.

With today’s Apple earnings expected to be ho-hum, does the company have a surprise up its sleeve?

Upstart Takes a Turn Into a Bigger Market 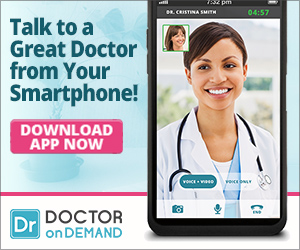 Declara, a 1.5-year-old, Palo Alto, Ca.-based social learning platform that connects large numbers of people to massive amounts of content, has raised $16 million in Series A financing led by GSV Capital, with Data Collective, Founders Fund and Catamount Ventures joining the round.

Everplans, a 1.5-year-old, New York-based company whose online platform is designed to help users create, securely store, and share important documents like wills, life insurance, and health information, has raised $2.07 million in a second round of seed funding. Participants include Scout Ventures, along with individual investors David McCabe and Mark Seelig. The company has raised roughly $3.45 million to date.

Guardant Health, a year-old, Redwood City, Ca.-based company whose blood test for cancer aims to replace standard tissue biopsies, has raised $30 million led by Khosla Ventures, which was joined in the round by earlier investor Sequoia Capital and new investor Pejman Mar Ventures. To date, the company has raised at least $40 million, shows Crunchbase.

Salesvue, a seven-year-old, Round Rock, Tex.-based mobile payment software company that targets mobile workers needing to process different types of payments, has raised $3 million led by Cultivation Capital, which was joined by a group of angel investors. The company has raised at least one, $600,000, round of funding prior, shows Crunchbase.

Weebly, an eight-year-old, San Francisco-based consumer service that lets people create a website, blog or online store, has raised $35 million in new funding in a round that values the company at $455 million, says the WSJ. The Series C round was led by Chinese Internet giant Tencent and Sequoia Capital.

Yerdle, a 1.5-year-old, San Francisco-based sharing-and-bartering site, has raised an undisclosed amount of Series A funding from new investorDBL Investors, which joined earlier investors the Westly Group, Claremont Creek, Prelude and Mindful Investors in the round. Yerdle had raised $500,000 in seed funding led by the Westly Group last summer.

Chinese conglomerate Fosun International has launched a venture arm in Silicon Valley with up to $100 million to invest in companies that are looking to expand into China, according to the WSJ. Fosun Chairman Guo Guangchang says that Fosun is interested, above all, in investments related to smartphones and the mobile Internet, and that the money will be invested through Kinzon Capital, a venture firm in which Fosun is the sole limited partner.

Lifeline Ventures, an early-stage venture firm that’s based in Helsinki and backed the games phenom Supercell in its earliest days, has formed a new, $21 million investment vehicle with several members of Supercell, including its chief executive, Ikka Paananen, who is the single biggest investor in the new pool. The investment vehicle is a firm, not a venture capital fund with a fixed investment period and expiration date when its investments are liquidated, reports the WSJ. Its focus will be on startups from Finland and neighboring countries like Estonia and Sweden.

Stipple, a 3.5-year-old, San Francisco-based image-tagging advertising startup, is shutting down, the company tells Venture Capital Dispatch. “Like many companies we got into the Series A crunch and we weren’t able to raise more money,” said the company’s founder and CEO, Ray Flemings. VentureWire records show the 14-person company had raised $10 million from investors, including Floodgate, Kleiner Perkins Caufield & Byers,Thomvest Ventures, Quest Partners, and singer Justin Timberlake.

Sam Altman, the new president of Y Combinator, announced some new changes to the Mountain View, Ca.-based program yesterday. Most significantly, he said that Y Combinator will now invest $120,000 in each startup — up from about the $97,000 that startups were being given in cash and a convertible note — because of the increased cost of living in the Bay Area. Altman is also doing away with Y Combinator’s formal arrangements with venture firms, which have partnered with the firm in recent years to get closer to its startups. (Most recently, that group has included Andreessen Horowitz, General Catalyst, Maverick Capitaland Khosla Ventures.) Altman cited signaling risk as the driver.

Pavel Durov, the ousted founder of VKontakte, Russia’s top social network with over 100 million users, says he’s on to the next and “likely to start building a mobile social network this year,” he tells TechCrunch. Answering questions via email, he added, “I’m out of Russia and have no plans to go back . . . Unfortunately, the country is incompatible with Internet business at the moment.”

Hedge-fund manager David Einhorn of Greenlight Capital says we’re seeing another tech bubble in his fund’s newest quarterly investor letter. “Now there is a clear consensus that we are witnessing our second tech bubble in 15 years. What is uncertain is how much further the bubble can expand, and what might pop it,” he writes.

Pat Kinsel has been made a venture partner at Polaris Partners in Boston, after joining the firm last year as an entrepreneur-in-residence. Kinsel’s social discovery startup, Spindle, which was backed by Polaris, among others, was acquired last year by Twitter for an undisclosed amount. Earlier in his career, Kinsel was a product manager at Microsoft Startup Labs.

Brad Peters, who co-founded the business intelligence software company Birst in 2005, has stepped down from his role as CEO, reports WSJ. Peters transitions to the role of chairman and chief product officer, while former Jive Software sales executive Jay Larson becomes CEO. Birst and its backer, Sequoia Capital, say the maneuver will help the company shift into higher gear.

Uh oh. Even tech evangelist Robert Scoble is starting to feel self-conscious about wearing Google Glass, telling Valleywag that he only “sporadically” wears it these days.

OpenView Venture Partners in Boston is looking to hire an associatewho will focus on the business-to-business software market.

Also, for StrictyVC’s junior PR peeps, Emergence Capital Partners is looking for a marketing associate. The job is in San Mateo, Ca.

You aren’t imagining things; the periods between investment rounds is shrinking, including between Series A and B rounds, says CB Insights.

The Supreme Court signaled on Tuesday that it was struggling with two conflicting impulses in considering a request from television broadcasters to shut down Aereo, the Internet start-up they say threatens the economic viability of their businesses.

If a bubble bursts in Palo Alto, does it make a sound?

The ways food tricks our brains.

The best Brian Williams mash-up ever.

You still can’t get new HBO shows, like this season’s “Game of Thrones”, without paying for TV. But starting in May, you’ll be able to get some of the premium cable channel’s older stuff online via an Amazon Prime subscription.

Vegetable-flavored ice cream is headed to Japan. (As if the country hasn’t been through enough, Häagen-Dazs.)