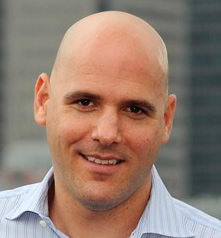 Brian Hirsch founded the New York-based venture arm of Greenhill & Co., then, in 2011, Tribeca Venture Partners, which is managing a $65 million debut fund. Hirsch knows the New York tech scene, in other words, and he’s a little exasperated by recent reports that it isn’t all it’s cracked up to be. Yesterday, we chatted by phone about what he’s seeing in the trenches.

We’ve been discussing differences between what’s happening in New York and the Bay Area. One burgeoning trend out here, apparently, are rounds where one investor tries writing a check for an entire seed round, instead of pulling in a handful of co-investors. Have you seen this happening in New York?

I’m not seeing it . . .but I’ve heard of things like that happening, mostly [involving] larger funds that want more control. I do wonder if there have been more learnings by those involved in party rounds about the increased competition at the table when it’s time to do [the startup’s] follow-on funding. [These new efforts] could also be tied to ownership. Smart investors are starting to understand that you can have a lot of great companies in your portfolio, but if you own one percent of [each], it may not move the needle. It’s still too early to know if these seed-only funds really [produce returns]; the challenge of the model is that you wind up owning more of your worst companies and less of your good ones.

You’ve backed 15 companies at the Series A level with your new fund. Have Series A rounds begun to balloon to Series B size, as in the Bay Area?

No. There’s just a lot more capital there and funds tend to be larger and much more competitive than here. If you’re looking to raise a Series A round here, there are just five to 10 funds that you’re going to go to that consistently lead or co-lead Series A rounds.

For good deals [locally], there’s always some competition, but we’ve put out 18 term sheets since [founding Tribeca] and we have 17 of those companies in, or about to be in, our portfolio. The one [outlier] was a situation where another fund was 70 percent higher in valuation, and even in that case, the investor invited us into the round, and we chose not to do it. We haven’t been blown out of a deal.

This is purely anecdotal, but I hear less about West Coast VCs canvassing New York. What’s your experience been like this year? Are you seeing the same level of enthusiasm from those investors?

They’re here. Accel and NEA opened offices and they do occasional investments here. But the power center is Silicon Valley, and when 95 percent of your time is spent in one market and 5 percent in another, it’s hard to make an impact. You really have to be living in a community to be networked. Most – if not all – of the out-of-state funds haven’t hired someone who has been active in the market here for 15 to 20 years because there aren’t that many, and those who do have that background have opened our own firms. [None of us] wants to be part of a West Coast firm that decides New York is great today but might change its mind in five years.

Tech investor Chris Dixon, who long lived in New York and now lives primarily in California, has reportedly said of New York that it’s about applying, not inventing, new technologies at this stage in its evolution as a tech hub. Do you agree?

I think if you drink enough of the water, this Silicon Valley stance somehow becomes ingrained. I do agree that some really hard-core tech — storage networking technologies and semiconductors — might [remain West Coast industries], but with software – and that’s where 90 percent of the value will be in venture capital over the next 50 years — there’s no advantage between that market and this market, which is why every year, the gap between New York and Silicon Valley shrinks further.