You are here: Home / Firm Dynamics / Eric Hippeau on His Firm’s New Fund and Where It’s Shopping Now 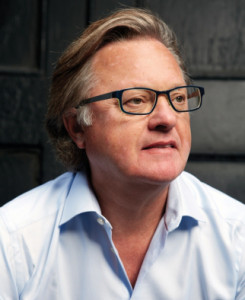 Lerer Hippeau Ventures announced yesterday that it has closed its fourth seed-stage fund with $62 million, up from the $50 million it raised for its third fund. According to Eric Hippeau, one of the firm’s four managing directors, the firm plans to hire more support staff, and the initial checks it writes to startups will likely increase from between $300,000 and $600,000 to between $400,000 and $800,000. Little is changing structurally, though.

What is shifting a bit is what interests the four-year-old, New York-based firm, whose bets include Warby Parker, Buzzfeed, and LiveIntent, among many others. Hippeau, a longtime venture capitalist and the former CEO of Huffington Post, told me more yesterday. Our chat has been edited for length.

You’ve been out fundraising numerous times in your career. What’s it like out there right now?

By design, we fundraise every 16 to 18 months, so it can’t be a long fundraising cycle. So it’s about a three-month-plus period [that we need to gather commitments]. We’re very fortunate in that we have very supportive existing [investors] who tend to reinvest with us. We do attract new LPs every time we raise a fund, so there’s a due diligence process with new LPs.

What was important to the new LPs?

Every fund has to have a point of view and a differentiated position to succeed; that’s what new LPs are looking for. In our case, a number of things differentiate us. We’re seed-first investors . . and 70 percent our investments are in New York, with the rest tending to be in Silicon Valley.

I do think venture is increasingly intriguing to LPs; I think there’s recognition that something important is going on that’s more than just building technology for technology’s sake – that technology is, in fact, disrupting a huge number of sectors and touching people’s lives in a much broader way today than ever before and . . .creating new wealth. So if you have a unique proposition, it’s a good time to be talking with LPs.

You’ve said that just two partners have to agree to move forward on a deal, partly because it would be more time-consuming otherwise. Are you having to make quick decisions right now? How would you characterize the pace of deal-making?

Deal flow is the strongest I’ve seen since we started in 2010, both in terms of quantity and quality. In New York, things tend to slow down in the summer, which is fine; it gives us a chance to catch up on other things. But we’ve been seeing super-high-quality companies coming through.

As seed investors, how much “there” should be there when you’re looking at a startup?

It doesn’t have to have a finished product but we do need to see a product. There are always exceptions. If it’s a repeat entrepreneur, and someone we know well, [or] if it’s [a] [business-to-business] enterprise startup, the product doesn’t have to be as far along.

Looking out six to 12 months, what might you be investing in that you’re less focused on today?

I think we’ll look more at fin tech, because New York has a lot of relevant experience and because, for the most part, to this day, [fin tech] is built on proprietary technology, and our sense is that it will use the same consumer tech we use every day in our pockets.

You have a lot of media investments as a firm. Can you share some general thoughts about the future of the news business? Do you think, like Marc Andreessen, that it will grow 10x or more from where it is today?

We invested in content way before people on the West Coast did and [remain] very bullish on it. We believe, for example, that there’s a ton of new platforms that need native content. So if you look at Instagram or Snapchat or WhatApp or social mobile, all of these platforms are opportunities for people to consume more content, and those opportunities allow for new brands.

We also start content companies ourselves, [among them the animal-themed site] TheDoDo and NowThis News, which are short-form videos on Instagram.

People think it is because of the Huffington Post and investments like Buzzfeed. It actually represents less than 20 percent of our portfolio.