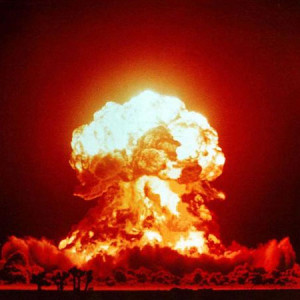 Last Friday, at a conference in San Francisco organized by the fund and incubator program 500 Startups, a group of institutional investors took the stage to discuss their perspective on the venture industry. Much of what the limited partners had to say was fairly predictable. But the comments of one LP in particular — Fred Giuffrida, who joined Horsley Bridge Partners in 1995, after serving as the firm’s general counsel for 12 years — struck us as particularly interesting, partly because Giuffrida has seen more cycles than many of his peers.

While some of the panelists sounded enthusiastic about the potential of venture mega funds, for example, Giuffrida noted that the bigger the fund, “the ability to hit the kind of returns [that LPs expect] gets more difficult.”

When the LPs were asked about general partner commitments, some of the panelists remarked that they expect to see general partners contribute between two and five percent of a fund from their own pockets. Aaron Gershenberg, a managing director at Silicon Valley Bank, said he gets particularly “excited if I see someone willing to put up 10 percent” (and much less excited, he noted, when someone who is raising a subsequent fund reduces his or her GP commitment).

But Giuffrida was more of an outlier on the topic, saying that “if you push too much, you inject too much risk aversion into the program,” adding that “the last thing I want is a risk averse venture capitalist.” Giuffrida isn’t in the charity business, he made clear, but he also stressed that “there should be a balance and it should be meaningful within the context of people’s net worth.” Today, he said, a venture capitalist’s bank balance can determine his or her fund’s size, “which doesn’t necessarily seem to be rational.”

Yet Giuffrida stood apart from his fellow panelists most notably when it came to broader market conditions. While several of the investors talked optimistically about the “macro opportunity,” Giuffrida observed that “there are two things that VCs do: They invest and they exit. It is a great time for exits,” he said.

Based on traditional market cycles, though, Giuffrida doesn’t think the good times will continue uninterrupted for much longer. Using the hypothetical boiled frog as a metaphor – the one that’s placed in a pot of warming water and doesn’t realize the danger it’s in and is boiled alive – Giuffrida said the “heat is slowly rising. I kind of think we’re at 160 degrees, give or take, which maybe means . . . a correction in the next two to four years.”

A crisis could strike, compressing that period, he said. “Or you could have a series of softer corrections that push it out further. But if it is two to four years out, this is the most dangerous time to start a fund,” he continued. “Now, and over the last couple of years — because by the time [that correction] hits, you’ll have spent all your money and your reserves.”

And you’ll be cooked.