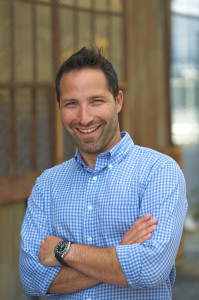 Unlike venture capitalists, who get to place dozens of bets in search of a winner, founders typically have one shot at winning the startup game.

Kent Goldman, a former partner with First Round Capital, thinks he has struck on a way to improve those odds. Today, Goldman takes the wraps off a new, San Francisco-based, $30 million seed fund called Upside Partnership that will give every founding team in its portfolio a piece of its carry, making them effectively Upside’s partners.

That’s right. Goldman will take what he characterizes as a standard management fee. But he’ll be sharing an amount of carry that he expects will reach “significantly into the double digits,” albeit “less than half” of Upside’s overall upside.

If a venture capitalist somewhere just spit out his coffee, it’s understandable. Like it or not, Goldman may have just changed the game for everyone. What founder wouldn’t want a piece of a venture portfolio at no additional cost? And what better motivation for founders to help one another?

VCs like to talk with entrepreneurs about what’s fair. Goldman’s model — where founders will receive carry on a sliding scale, based on Upside’s initial check size — doesn’t get much fairer.

Other details about the fund: Unlike the many specialized seed funds springing into existence these days, Goldman says he went in the opposite direction, with plans to focus very generally on “purpose-built founders who can explain why this is the right time in their life to pursue their passion.”

Certainly, if Goldman is predisposed toward certain sectors, you wouldn’t know if from his portfolio at First Round, where his varied investments included the hotel booking application company HotelTonight; the real time analytics platform MemSQL; and Airware, a platform that helps other companies develop commercial drones.

Goldman says he plans to write relatively small checks, too, staying in the “$300,000 range” when possible. For one thing, he thinks there’s a dearth of VCs who are willing or able to meaningfully help startups without more money riding on those companies. He also suggests that getting into the best deals might be easier if he’s not asking founders or other investors to “make room for me.”

As for fundraising, Goldman, who is the fund’s sole general partner for now, says it took roughly four months, with most of the capital coming from institutional investors. In fact, Goldman says that less than $2 million came from individuals, including First Round founder Josh Kopelman, with whom Goldman remains close.

It begs the question of why Goldman left a plum job with First Round in the first place.

“Venture tends to not be a terribly entrepreneurial industry,” Goldman says. But he had his big idea, and he couldn’t let it go.

“I view this like any founder who leaves a great company to try something on their own,” he says. Particularly when that company’s mission involves meeting with entrepreneurs every day, it’s “hard not to catch the bug yourself.”