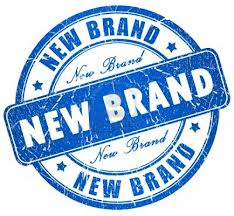 In recent years, a seemingly unending procession of direct-to-consumer companies that make and sell everything from men’s pants to eyeglasses to snack foods has sprung up and nabbed venture capital. Think Bonobos,Warby Parker, and HelloFresh, among many others.

In fact, based on venture cycles, one might be inclined to think that it’s time for investors to move on to the next thing. But Neil Sequeira, a managing director at General Catalyst Partners, heartily disagrees. Sequeira, who sits on the boards of NatureBox (healthy snacks) and the Honest Company (environmentally friendly products), cites startups’ ability to reach customers more quickly, easily, and cheaply as just a few reasons why he thinks the trend of new brands selling directly to shoppers is “endless.”

You’re very bullish on so-called alternative commerce. What does that mean exactly?

Historically, e-commerce has been defined by the Amazons of the world, where they take a product and resell it via the Web to a consumer. But the reality is that commerce – through online, mobile, and multichannel – is changing. It’s no longer about selling a product and taking a thin margin. It’s about creating your own products and brands and selling them on a subscription basis via [multiple] channels, so you’re mobile, you’re online, [and] you’re opening stores.

Wasn’t the idea to not open stores to keep costs down? And is there a danger that consumers can only absorb so many new brands?

These are multichannel businesses. The stores of Warby Parker [which General Catalyst has backed] do incredibly well. The company started online and created a brand. Now, its stores probably perform better than any optical store in the world.

[As for your second question], I think historical big box retailers are in a heap of trouble. Their infrastructure and distribution systems can’t keep up with what consumers want. They have to make deals with manufacturers, their products go through a distribution facility, then to a store. If the products don’t sell, they have to be sent back. They have to do big-brand advertising and marketing. That’s why you’re seeing a lot of these places struggle. Consumers want their specific needs addressed, versus [the old model of] Proctor & Gamble and Kimberly-Clark and those companies doing things on a macro basis. There’s a lot that incumbents can’t do because of their legacy infrastructure.

How big do you think the opportunity is?

How do you, as an investor, sort through what’s great in a market that’s attracting so many startups?

It has to start with a mission — that can’t be manufactured. NatureBox’s CEO was an obese young man who started eating healthier and who wanted to create something to help kids like him. When [actress] Jessica [Alba] started Honest Company, she had already campaigned on Washington for three years to try to change what goes into kids’ clothing and food. Nobody listened . . .so she started a company. I think consumers hear authenticity.

You also have to find creative acquisition channels. Banner ads and Google clicks aren’t going to work. If [my colleague] tells me to buy something, that’s how you sell it. Beyond social, I think mobile is the next real killer. Having that [purchasing power] in [a consumer’s] pocket and figuring out what they really want will be [increasingly powerful].

How so, outside of a retailers’ ability to send a customer information or a discount based on their location?

There are just so many more applications and data on mobile, and those will continue to proliferate, whereas online [retailers are limited to] a certain amount of traditional marketing channels. Then there’s ease and convenience; you don’t have to sit in front of a computer; you can just “one click” from your mobile. So there’s traditional, there’s social, there’s mobile, there’s on-demand. Meanwhile, the incumbents have to go to buy pre-roll on TV. They aren’t going to be able to change fast enough.

Are there any businesses or segments you might avoid at this point because they seem saturated?

Is there a lot of room for another Warby Parker? I don’t think so. But consumer products that are serving niches? Probably. Maybe you don’t want to compete with Google on last-mile delivery. When you have folks who have unending resources and they’re going after a market hard, it can be a challenge. But I don’t worry about the retailers. I don’t think there are that many areas that are shut off.