You are here: Home / Entrepreneurs / Kleiner’s Mike Abbott on (Probably) Not Starting Another Company 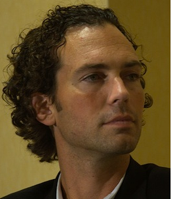 Three years ago, Mike Abbott joined Kleiner Perkins Caufield & Byers in the plum role of general partner. Yet one senses the longtime operator and entrepreneur — whose many past roles include as Twitter’s VP of Engineering; as SVP at Palm; and as cofounder of the data virtualization startup Composite Software, acquired by Cisco last year for $180 million in cash — isn’t completely finished getting his hands dirty as an engineer. We caught up the other day, chatting about everything from Kleiner’s well-documented management changes to Abbott’s closet coding. Our conversation has been edited for length.

When you joined Kleiner, it seemed to be undergoing a generational shift, with you and Megan Quinn reportedly charged with building the firm’s digital practice. Now, many younger partners the firm had brought on are gone, including Quinn, who has become a strategic advisor. What’s going on?

Megan decided for personal reasons that she and her significant other were moving to the U.K. We wanted her to be part of the KP family, so that’s totally distinct from [the decision the firm made a year ago to downsize] . . . But we’re very much making sure that KP’s platform is getting built for the future and clearly we’ll be adding a couple of new folks as we find the right people for us.

You joined the firm less than two years before it shook up its management team. How has that impacted your work and your outlook on KP?

I don’t think I knew the firm would [be involved in] different legal issues or what not. I’m not going to lie and say I was aware of everything. But I was aware there was a conviction to make changes and I applaud [longtime general partners] Ted [Schlein] and John [Doerr] for doing [what they felt was best for the firm]. We have a long history of handling generational transitions and a great history to leverage; it doesn’t change the fact that we have a lot of work to do.

John Doerr is joining the board of Slack, Kleiner’s latest high-profile deal. What are your new investments? What interests you?

I’ve been spending a lot of time around computer vision. I think the advancements in deep learning that Google and Facebook are making are interesting. One of my most recent investments is Airware [a three-year-old company that’s developing a drone operating system]. It’s going to be really interesting to see what kinds of applications get built [because of it].

I’ve spent my career focused on big data, but now we have efficient ways to query it and store it and [the next step] is extracting real intelligence out of it.

How? What are some of the other related applications and services that interest you?

I think it’s interesting to think through how, if you were to build a Salesforce or NetSuite today, you would build it. RelateIQ, which Salesforce acquired, was starting to do interesting analytics around the email accounts of sales teams to enable them to do better lead forecasting – like looking at the frequency that [a rep] talks with a customer, and the time between that outgoing email and the customer’s response.

What we haven’t seen yet is more work around the quantified employee, meaning: How do you start building metrics that go beyond performance management? If I usually send X number of emails, and check in so many times on Github, and you build a fingerprint of me as an employee and that [fingerprint] suddenly changes, well, maybe it’s because of my personal life or maybe it’s because I don’t like who I’m working with and maybe now I’m at risk [of leaving the company]. I’m not suggesting monitoring employees for bad behavior, but when I was at Twitter, managing a couple hundred employees, boy, if there’d been a way for me to get different metrics that were implicitly derived and would have helped me be a more effective leader and manager . . .

Before joining Kleiner, you were a fairly active angel investor. What’s your pacing like as a VC?

I’ve done two Series A deals [for the firm] this year and one Series B. It’s not like, “You used your two; you’re done.” But if you look at the size of the fund and reserves, it kind of ends up that way.

It’s not easy, even if I’m writing more software [on the side]. I really enjoy the mentoring and service aspect [of venture capital], but I won’t lie; as someone who has built products for 20 years, the feedback cycles are a lot longer than when you’re shipping software.

I do. I’ve recently met with a number of companies doing deep learning and just wanted to see what state-of-the-art was for someone like me to try out.

A couple of weeks ago, I also wrote a couple of [scripts] for custom keyboards, which you can use for i0S 8 [as it now allows third-party keyboards in the App store]. I don’t necessarily know if there’s a company or not, but different keyboards for different locations is fascinating to me.

Are you talking about helping another team incubate a company or are you tempted to start another company?

I certainly can and would [help incubate a company]. KP has a history of people starting companies out of its offices, which made me feel better [when I joined], thinking I could start one. But having started companies, I know what kind of investment that takes and I’m not sure I’ve been able to reconcile whether [I] can really do [a startup] and provide enough time and support to the companies on whose boards I sit.

I wouldn’t say no way [will I ever start another company]. But I have a deep respect for what it requires.