You are here: Home / Entrepreneurs / Investing the Winklevoss Way 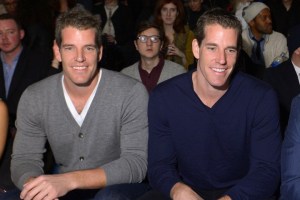