You are here: Home / Entrepreneurs / The High Cost of Small Checks 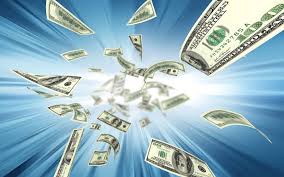 Naively, one of the most profound lessons I had to learn in attempting to raise funds from limited partners is that most institutions prefer to write large checks. By “large,” I mean commitments to VC funds that are equal to at least or oftentimes two to three times more than what a typical decent startup may raise in its lifetime. It is all rational. The time, attention, diligence, legal burdens, and administrative headaches of doling out smaller checks to more funds reduces a larger institutions’ ability to concentrate and, frankly, creates a roster of more egos to manage over a long period of time.

An LP friend and mentor of mine summed it up perfectly to me: “Semil, I like you, but you gotta understand, my friends don’t get out of bed unless they’re writing a $25 million check.”

To those who haven’t raised funds or been around fund formation, it can all seem inefficient. For the rash of micro VC funds that have formed (mine included), we collectively confuse, vex, and overwhelm traditional institutions, including because of our higher pace of investing, heavily reduced levels of ownership, lack of toothy pro-rata rights, and a host of other issues.

Luckily for micro VCs, it doesn’t really take that much money to get going. My first fund was $1 million. It was really hard to raise. Some people have access to wealthy folks, family offices, or corporations, but it isn’t a slam dunk to raise a small fund. The second fund was considerably bigger (relative to the first), yet was still too small for institutions. The third fund will be even bigger — perhaps just at the size where the larger institutions like to build a relationship and track, much like a large VC firm who drops a $100,000 check into a company with the hopes of monitoring its progress.

As other non-traditional LPs (companies, high net-worths, and even funds) have stepped in, it’s created a boon for entrepreneurs. People with the right networks and halfway decent concepts can raise as little as $1 million in a month, even in a category where every early-stage investor knows there are four or five nearly identical competitors working on the same thing. Many of these attempts won’t go on to raise traditional venture capital, and the institutional LPs know that.

So, while there’s a high cost of writing so many small checks, we will have to wait a few years still to see just how costly it is. On the other hand, the cost of starting up may, in fact, decrease during any kind of correction as talent becomes less fragmented and major cost drivers (rent, salaries, benefits) decrease. Founders who are in demand and who are dilution-sensitive may want only specific people on their cap table, and they may want $100,000 to start, not $10 million or even $1 million.

We are a few years away from that, but this is where I see the trend headed — that being nimble enough to be invited to the cap table is what will define individual investors and firms. Those definitions can’t really be bought with money, and that’s what will make the next wave of micro VC investing so interesting — that is the high cost of small checks.

Semil Shah is the founder of Haystack, a seed-stage fund that has backed Instacart, DoorDash, and Hired, among other startups.