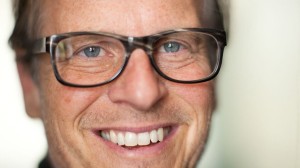 For example, founder-investors tend to be a little too entrepreneur-friendly at times. (Conrad notes that when True Ventures makes an initial investment, typically in the range of $1.25 million, it expects 20 percent ownership in exchange. Founders without extensive investing experience often ask for far less equity, even when writing similar-size checks.)

Pointing to individuals like LinkedIn founder Reid Hoffman and Workday co-CEO Aneel Bhusri — both partners at Greylock Partners — Conrad says another big benefit to launching a startup as an experienced investor is not having to learn every last thing on the fly. “We already understand the nuances [around] ownership. I didn’t have to learn how to operate on a board, or [the difference between] participating preferred [shares] versus just a straight-up liquidation preference. I already know that.”

It isn’t that every VC is suited to be a strong founder, says Conrad. But the opposite is also true. “You’re seeing a lot of founders who say, ‘Oh, I’m going to go do a fund. It’s easy.’ But it’s not easy. How many of them are killing it? It’s not as easy as it looks.”