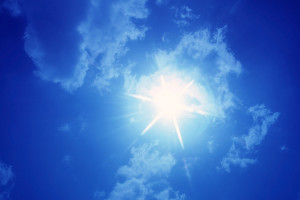 Apple finally gets some good publicity again, with tech columnist Walt Mossberg pronouncing the new iPhone 5s the “best smartphone on the market.”

The stance is somewhat ironic, given that Alsop and his partners at Alsop-Louie Partners have been introducing exceedingly young people into the clubby world of VC since shortly after the firm’s 2006 founding. It was then that the firm begin working with college students, transforming them into part-time campus spies and calling them “associates.”

It’s become so competitive on college campuses that Alsop-Louie had to remove a Stanford student who was a finalist for their program after it learned the candidate was already involved in another venture firm’s student program.  (“We wouldn’t want someone in our firm out talking with other people,” explains Alsop.)

Alsop tells me about the numerous former associates – out of 13 to date – who remain close to the firm. Corey Reese, the firm’s first recruit at UC Berkeley, is today CEO of Ness Computing, a personalized search engine that was incubated at Alsop-Louie. It has since raised $20 million from an investor group including Singapore Telecom, American Express, and NTB Docomo. 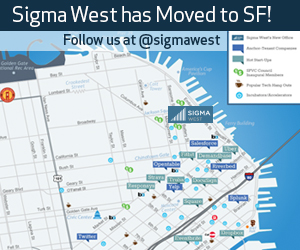 Tiger Global Management has just taken a bigger bite out of Automattic, parent company of the WordPress blogging platform. According to the WSJ, New York-based Tiger just paid $60 million  for a secondary stake in Automattic, after making a $50 million investment in the company in May. Other interesting details in the piece: Tiger, along with Iconiq Capital — which itself just picked up $15 million in shares — has now bought out the entire stake of one of Automattic’s earliest investors, Polaris Partners. Perhaps it’s no wonder. WordPress founder Matt Mullenweg tells reporter Evelyn Rusli that the company’s valuation is now 25 percent higher than it was in May.

Bright , a San Francisco-based startup whose job platform analyzes thousands of data points, including education, location, and additional certifications to connect job candidates with jobs, has raised $14 million. The Series B round was led by Toba Capital and included previous investors, such as John Burbank of Passport Capital. Bright, founded in 2009, has raised $20 million to date.

Recommind, a San Francisco-based software company founded in 2000, has raised a $15 million, Series C round from SAP Ventures . Recommind’s predictive analytics software focuses on unstructured, human-generated data like email, voicemail and social media, and this new round brings its total funding to date to $22.5 million.

Simplilearn, an online certification and training site for working professionals, announced yesterday that it has raised $10 million in Series B funding from Helion Venture Partners and Kalaari Capital. The company, which was founded in Bangalore and now has an office in Houston, has received funding in the past from the Bangalore-based venture firm IndoUS Ventures.

StrikeAd, a London- and New York-based mobile advertising startup, has raised $7 million in fresh funding led by Karlin Ventures , a relatively new firm in L.A. that focuses on early-stage investments, including in digital media. Other new investors in the round included Canyon Creek Capital and Scentan Ventures in Singapore. Existing investors also participated in the funding, including DFJ Esprit, Softech VC and Siemer Ventures. Altogether, three-year-old StrikeAd has raised $13.5 million.

Cool Planet Energy Systems , a Camarillo, Calif.- based company that’s building small-scale biorefineries for fuel production, has raised $19.4 million in a D round from North Bridge Venture Partners, Shea Ventures, BP, and Google Ventures, among others. The funding comes just four months after a separate, $30 million round was closed by the company and will be used, in part, to begin construction of its first commercial refinery, in Louisiana.

Hightail, the file-sharing startup formerly known as YouSendIt, has acquired AdeptCloud of San Mateo, Calif., which produces cloud-managed private collaboration software and had raised less than a million dollars in funding from Formative Ventures and Entrepreneurs’ Fund III. The financial terms of the deal weren’t disclosed, but Hightail, based in Campbell, Calif., has raised roughly $50 million in funding over the last nine years. Among its backers are Alloy Ventures, Cambrian Ventures, Adams Street Partners, Emergence Capital Partners, Sevin Rosen Funds, and Sigma Partners.

FirstMark Capital of New York City has two new venture partners: Rick Nucci and Josh Abramson.  Nucci co-founded the SaaS integration startup Boomi, which FirstMark helped back and that sold to Dell in 2010. Abramson co-founded Connected Ventures, the parent company of the CollegeHumor Network, which spawned Big Shocker, Busted Tees, CollegeHumor, Defunker, and Vimeo. (Connected Ventures was acquired by IAC – which purchased a 51 percent stake in the company — back in 2006.) FirstMark has a post about its expanded team here.

The investment bank Duff & Phelps has a new president: Jacob Silverman, who joined the firm nine years ago and became its head of investment banking in March 2011, after serving as its CFO for five years.

Jeff Sandquist, senior director of developer relations at Microsoft, is joining Twitter as director of platform partnerships. He announced the move in a tweet, adding that “change invigorates the soul.”

Venture Investors , an life sciences-focused venture firm based in Madison, Wi., has raised $80 million for its fifth venture capital firm. The total is roughly half of the $150 million that the firm set out to raise, according to the Milwaukee Journal Sentinel. The firm’s fourth fund closed on $118 million, the biggest early-stage fund ever raised in Wisconsin, says the paper.

Canaan Partners is looking to hire an analyst to join its Menlo Park IT team. The job is a two- to three-year, pre-MBA role, and technology company experience and/or a technical or quantitative degree is highly preferred, says the firm.

Yesterday, the Census Bureau released its annual update on income, poverty, and health-insurance coverage, and the numbers are troubling, to say the least. The New Yorker breaks it down for readers . In 1973, a typical middle-class household earned $48,557 in inflation-adjusted dollars. Last year, the typical household earned almost exactly the same amount, or $51,017.

Evidently, the U.S. has exactly six billionaire bachelors. (So far.)

CNET cofounder Halsey Minor’s $25 million mansion is finally off the super-hot San Francisco real estate market after several steep price cuts. (Any guesses who the buyer might be?)

Eradicating double chins: it may be the next half-billion dollar business.

The New Republic argues, provocatively, for parents to stop forcing their kids to learn a musical instrument. It’s 2013, not 1860, says writer Mark Oppenheimer. You no longer need a “violin-playing daughter” to “cement” your social status.

Please feel free to send us any and all story suggestions (anonymous or otherwise) by clicking here.  If you’re interested in advertising in our email newsletter, please click here. To sign up for the newsletter, visit strictlyvc.com.