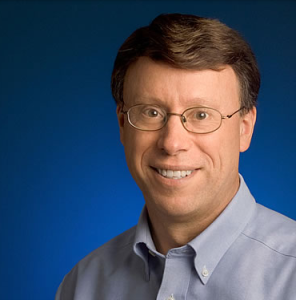 Don Dodge – a Google Ventures advisor who helps developers build new applications on Google platforms and technologies – says VCs are still outsiders when it comes to indoor mobile location services. He likens the moment to the earliest days of maps and GPS, which are now integrated into just about every application on the Web, but that few investors knew what to do with initially.

Here’s an excerpt from a conversation we had last week:

At a very high level, we spend 90 percent of our time indoors, and indoors is where commerce happens.

What’s one of the most interesting things you’re seeing?

There are a bunch of companies that can create [digital] floor plans of stores like Toys”R”Us, Office Depot and Walgreens. Stores then give them SKU [stock keeping unit] maps that tell them where products are located on the shelves for inventory purposes and so forth, then [the apps] use indoor location technology to recognize in what aisle a consumer is standing, and by what products. It isn’t too far of a leap to imagine that as you’re looking at the Gucci bags at a department store, you receive a coupon from Coach.

What strikes you promising beyond retail applications?

Think about mobile games that could take of advantage of location, like Risk or Monopoly or Capture the Flag, and how they might incorporate the store that you’re in or the university dorm that you’re in.

There are social aspects, too. Say you’re at a concert and know that five friends are there amid 50,000 other people. Indoor location technologies can tell you exactly where those five friends are. And there are probably 400 more examples of market applications that no one has thought about yet.

There are numerous technical approaches to all of these things. How different are they?

One is Wi-Fi, where you phone accepts signals and triangulates where you are. WifiSLAM, an indoor GPS company that Apple recently acquired, was one example, but there are about 15 other companies that are doing things with Wi-Fi triangulation.

Another area is Bluetooth beacons. Every smartphone has Bluetooth to connect to other devices. Well, the same Bluetooth channel can be used to bounce off known locations to determine where you are.

Other companies are using sound waves, while others still, like Bytelight, are using LED lights in the ceiling. They pulse at a rate of a hundred times a second, which is faster than the human eye can see, but the front-facing camera of a phone can pick up the pulse and know by which light you’re standing.

Apple reportedly paid $20 million for WiFiSLAM. A number of other companies, including Cisco, Ruckus Wireless, and Aruba Networks, have recently acquired indoor technologies for undisclosed amounts. Is there going to be a big breakout story here?

It won’t be like social, where there are one or two leaders and everyone else is an also-ran. Instead, there will be hundreds of winners because there are so many different market applications and vertical applications.

And you think VCs are missing all the action. Why?

There have been at least three major acquisitions over the past four months, so now they’re saying, “Hey, there’s something going here.” But by and large, it’s a new, emerging area, with probably 50 small, unknown startups with angel investment or a little VC money that [other] VCs aren’t paying attention to.

When you see more stories about companies being acquired by big companies, then there will be a land grab.