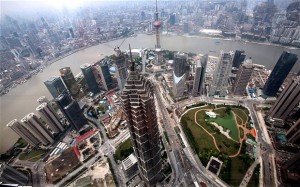 Although the American financial press seems preoccupied with Twitter’s impending IPO, Alibaba’s IPO could be an even bigger story. The China-based e-commerce juggernaut, which could go public as early as the first quarter of 2014, racked up revenues of $1.38 billion for the quarter ended in March, and analysts estimate that the company could be worth anywhere from $120 billion to $200 billion. (Facebook’s market cap as of this writing is $125 billion.)

As the Alibaba offering approaches, one can’t help wondering why U.S. investors have had so much trouble capitalizing on Chinese tech IPOs.

Although Yahoo remains among one of Alibaba’s biggest shareholders – with a 24 percent stake, half of which it plans to sell at the IPO – Alibaba has few U.S. investors other than GGV Capital, an expansion-stage firm on Sand Hill Road that invested in Alibaba in 2003; and Silver Lake, the private equity firm, which reportedly invested $300 million in Alibaba in 2011. (Japan’s Softbank owns 35 percent of the company; Alibaba’s founders and senior executives own another 13 percent.)

American tech types have tried repeatedly to capitalize on the country, but factors like partner defections, accounting scandals committed by China-based companies, and a slowdown in the country’s GDP growth rate have yielded disappointing returns.

Still, success will only come if a firm is willing to stick it out and take the time to forge relationships within China’s close-knit entrepreneurial community, says David Chao, co-founder and general partner of DCM, the early-stage venture firm.

Since 1999, DCM has backed more than 200 companies across the U.S. and China, and three of its most recent IPOs are China-based companies, including  Renren, Dandang, and Vipshop. (DCM owned 20 percent of Vipshop went it went public last year with a market cap of $600 million; today it’s valued at $3.2 billion.)

Last week, DCM scored another China-based investment win when Kanbox, a personal cloud storage service that is often likened to Dropbox, was acquired by Alibaba for an undisclosed amount.

Other shifts Chao has witnessed include an “angel investor boom in the last year that will probably continue for a while,” and less copycat tech and more innovation, particularly when it comes to smartphones and mobile social networks. (Chao characterizes several companies as “way ahead” of anything we’ve seen in the U.S.) “What we’re seeing isn’t a 180-degree shift,” he adds, “but 10 years ago, 99 of 100 business plans were largely focused on being analogous counterparts to successful U.S. or Japanese Internet companies; today, that number is maybe 80 out of 100.”

I ask Chao if it’s too late for firms that still haven’t made a foray into China — as well as whether he thinks U.S. investors have the intestinal fortitude to stick it out. Will Alibaba be the company that refocuses their attention?

“It’s more difficult than it was 10 years ago” to enter the market, Chao notes. But plenty of venture brands are still being established in China, he says. Succeeding in China is all about the long game, he suggests, but “a firm can make its name in very quick order.”