The government finally reopens. “”Good morning folks, thank you for your service,’ called out Agriculture Secretary Tom Volsack, as no-longer-furloughed civil servants streamed from the nearby Smithsonian Metro station through the doors of agency headquarters.”
—–

Can an ‘Airbnb’ of Outdoor Gear Work?

Other complicating factors must include drop-off and pick-up, along with theft, (despite that you cover damages). Why are you so convinced in this model? 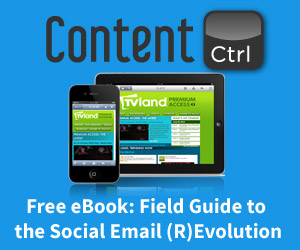 Kii, a provider of tools for mobile developers, has closed on $7.3 million in funding from Fenox Venture Capital and other investors. The company, which has offices in San Francisco and Tokyo, was formed in 2010 through the merger of Servo Software and Synclore Corp., companies that were focused on mobile data synchronization and backup.

Usermind, a new, Seattle-based startup whose software aims to make business operations people more productive, has raised a $7.6 million led by Andreessen Horowitz, which was joined by Charles River Ventures and SV Angel. (Vator News has much more here.)

5AM Ventures, a 12-year-old, San Francisco-based seed and early-stage venture capital firm focused life science companies, is looking to raise a fourth, $240 million fund, according to an SEC filing. The Form D says the firm has yet to begin fundraising; it lists the firm’s three managing directors: John Diekman, Scott Rocklage, and Andy Schwab.

Camden Partners, an 18-year-old, Baltimore based firm that specializes in growth capital opportunities, is raising its fifth fund, according to an SEC filing. The first sale has yet to occur, according to the firm; no target is listed.

Javelin Venture Partners, a four-year-old, San Francisco-based early-stage venture firm, has raised $125 million for its third fund. It also promoted principal Alex Gurevich to partner. Javelin had raised $105 million for its most recent fund in 2011.

SoftTech VC is raising a fourth, $85 million, fund, according to an SEC filing, which says the first sale has yet to occur. The firm, founded by Jeff Clavier, raised a $55 million third fund in January 2012. Clavier alone is listed on the filing.

Veeva Systems, a 6.5-year-old, Pleasanton, Calif.-based maker of CRM software for life sciences companies, went public yesterday, selling more than 13 million shares at an offering price of $20 per share. The stock soared throughout the day, closing at $37.16, up 85.8%. The company’s biggest institutional backer is Emergence Capital Partners, which owns 31 percent of the company, according to SEC filings. Emergence’s LPs include the California Public Employees’ Retirement System and the University of Michigan. Bloomberg has more here.

In San Francisco, you might want to check out day two of the GigaOm Mobile event. Details are here.

Meanwhile, in Chicago today and tomorrow: Erikson’s TEC Center, Columbia College Chicago, and Catherine Cook School are hosting an early childhood technology conference that focuses on tech use in early childhood programs (and features app developers). You can find out more here.

Velos Partners, one of L.A.’s newest venture firms, is looking an analyst with two years of work experience in a related field. (VC, private equity, banking, and management consulting all count.)

The new, new thing? Private music festivals. (You’re no one until you are invited to Burning Lamb.)

A Sydney company thinks it has solved the same-day delivery problem and its attendant expenses: Flying robots.

The flask for people who pretty clearly don’t understand the point of flasks.