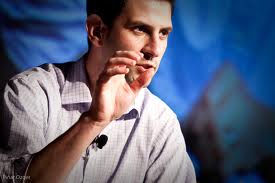 This summer, yet another San Francisco-based, seed-stage venture fund was formed. Called Homebrew, the firm’s cofounders are Hunter Walk, who spent much of the previous decade working as a product manager at Google, and Satya Patel, who has bounded between operating and investing roles over the last 15 years, including most recently at Twitter, Battery Ventures, and Google, where he met Walk. The two began fundraising in January; they closed the fund with $35 million in late April and made the news official in July.

Whether the firm can compete in what is an increasingly crowded part of the startup ecosystem is another story. Not only does Homebrew have many hundreds of angel investors and dozens of other seed-stage firms as competitors on deals, but it also has to contend with AngelList’s month-old Syndicates program, which enables angel investors to quickly mobilize a group of investors to back a deal.

Homebrew’s timing might look lousy, but it will make sense over time, suggests Walk, who argues that there are still unexploited niches in seed funding.

For starters, Homebrew is looking to lead or co-lead syndicates with initial checks of $500,000 to $800,000 as a part of an institutional round that’s between $1.25 million to $2.5 million. “There’s a lot of money from talented people who want to invest between $50,000 and $250,000 in companies, but a small number who want to step up and lead these rounds before there’s much data to crunch,” says Walk.

Homebrew expects to back 20 to 25 startups with its first fund, and it intends to own 10 to 15 percent of each company for its efforts.

Walk says Homebrew’s investment principles also set the firm apart. One of these is its focus on startups that level the playing field for individuals and small businesses. As an example, Walk points to Twilio, a service that helps developers build apps for text messaging and other services on phones. (Homebrew is not an investor.) Walk also highlights Plaid, a startup whose goal is to make it easier for developers to build financial applications. (Plaid recently raised $2.8 million from Spark Capital, Google Ventures, NEA, Felicis Ventures and Homebrew.)

I ask Walk about the far bigger need in the market for Series B funding. After all, it often seems that there are too few funds to accommodate the many seed- and early-stage companies that are looking for follow-on investments. Does Homebrew risk watching its seed-stage deals fall off a cliff?

Walk says Homebrew raised money from four institutional investors partly with that issue in mind. If Homebrew needs to raise more money to support its existing portfolio (à la the new Clover Fund of Felicis Ventures), it already has relationships with people in the business of writing big checks.

Another point of differentiation with other seed funds? Walk says Homebrew’s startups (it has backed six so far) have solid business models involving monthly recurring subscriptions and transaction-based fees. While no guarantee of success, Walk figures this focus on revenue might help his companies’ chances of raising money from Series A and B investors when they go to market.

“We didn’t pick ‘revenue-first businesses’ to time the market, or because we think they’re more fundable,” adds Walk. “But the type of companies we back do have clearer investment and exit paths.”