Good Monday morning and thank you for reading! If you aren’t part of StrictlyVC yet, you can head right over here to sign up.

A spy hub in Germany, NSA operations in France, and now, reports that the NSA spied on more than 60 million phones call in Spain in one month alone. This is becoming more awkward by the day.
—–

Homebrew Separates Itself from the Pack

This summer, yet another San Francisco-based, seed-stage venture fund was formed. Called Homebrew, the firm’s cofounders are Hunter Walk, who spent much of the previous decade working as a product manager at Google, and Satya Patel, who has bounded between operating and investing roles over the last 15 years, including most recently at Twitter, Battery Ventures, and Google, where he met Walk. The two began fundraising in January; they closed the fund with $35 million in late April and made the news official in July.

Whether the firm can compete in what is an increasingly crowded part of the startup ecosystem is another story. Not only does Homebrew have many hundreds of angel investors and dozens of other seed-stage firms as competitors on deals, but it also has to contend with AngelList’s month-old Syndicates program, which enables angel investors to quickly mobilize a group of investors to back a deal.

Homebrew’s timing might look lousy, but it will make sense over time, suggests Walk, who argues that there are still unexploited niches in seed funding.

For starters, Homebrew is looking to lead or co-lead syndicates with initial checks of $500,000 to $800,000 as a part of an institutional round that’s between $1.25 million to $2.5 million. “There’s a lot of money from talented people who want to invest between $50,000 and $250,000 in companies, but a small number who want to step up and lead these rounds before there’s much data to crunch,” says Walk.

Homebrew expects to back 20 to 25 startups with its first fund, and it intends to own 10 to 15 percent of each company for its efforts.

Walk says Homebrew’s investment principles also set the firm apart. One of these is its focus on startups that level the playing field for individuals and small businesses. As an example, Walk points to Twilio, a service that helps developers build apps for text messaging and other services on phones. (Homebrew is not an investor.) Walk also highlights Plaid, a startup whose goal is to make it easier for developers to build financial applications. (Plaid recently raised $2.8 million from Spark Capital, Google Ventures, NEA, Felicis Ventures and Homebrew.)

I ask Walk about the far bigger need in the market for Series B funding. After all, it often seems that there are too few funds to accommodate the many seed- and early-stage companies that are looking for follow-on investments. Does Homebrew risk watching its seed-stage deals fall off a cliff?

Walk says Homebrew raised money from four institutional investors partly with that issue in mind. If Homebrew needs to raise more money to support its existing portfolio (à la the new Clover Fund of Felicis Ventures), it already has relationships with people in the business of writing big checks.

Another point of differentiation with other seed funds? Walk says Homebrew’s startups (it has backed six so far) have solid business models involving monthly recurring subscriptions and transaction-based fees. While no guarantee of success, Walk figures this focus on revenue might help his companies’ chances of raising money from Series A and B investors when they go to market.

“We didn’t pick ‘revenue-first businesses’ to time the market, or because we think they’re more fundable,” adds Walk. “But the type of companies we back do have clearer investment and exit paths.” 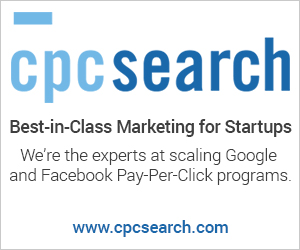 Accio Energy, a five-year-old, Ann Arbor-based wind energy company, has raised $710,000 in debt and options, according to an SEC filing. The company has previously raised venture financing from Ann Arbor-based Resonant Venture Partners, the economic development group Automation Alley and the Frankel Commercialization Fund, which is run by business students at the University of Michigan.

ByteLight, a 2.5-year-old, Boston-based company has raised $3 million in Series A funding from Flywheel Ventures, Motorola Solutions Venture Capital, Sand Hill Angels, the eCoast Angel Network, and Google evangelist Don Dodge. (If you missed it, Dodge spoke with StrictlyVC about ByteLight and competing technologies recently.) ByteLight’s technology relies on LED lights in the ceilings of stores, which pulse at a rate that’s faster than the human eye can see but that a phone camera can pick up to pinpoint shoppers’ locations.

Deal Décor, a two-year-old San Francisco-based e-commerce startup focused on high-end furniture, is raising $500,000 in seed funding, according to an SEC filing, which shows the company has raised $235,000 toward that end. Deal Décor closed on $1.2 million in seed funded just two months ago, in a round that included Signia Venture Partners, Plug & Play Ventures, and numerous individuals. Deal Décor has attracted a lot of attention over the last year or so. You can learn more about the company here and here.

Eatrue, a young, San Francisco-based maker of nutritional supplement energy bars, has raised $400,00 of a $1 million private offering, according to an SEC filing. Along with founder Daniel Grossman, the filing lists as directors Mel and Patricia Ziegler, the founders of Banana Republic.

Mobius Therapeutics, a seven-year-old, St. Louis-based pharmaceutical company developing a drug that can help with glaucoma surgery, has raised $5 million, according to an SEC filing. The Series B funding was led by the St. Louis-based venture capital firm Cultivation Capital. Mobius raised a previous, $1.7 million, round last year.

nPulse Technologies, a two-year-old, Charlottesville, Va.-based data security analytics company, has raised $1 million in fresh funding, according to an SEC filing. The company disclosed a separate, $1.95 million in funding just three months ago.

Rail Yard, a two-year-old, Austin-based startup whose online marketplace connects commercial building tenants with telecom and other tech services, has raised $750,000 as part of a $965,000 offering, according to an SEC filing. The Austin Business Journal reports that Rail Yard has collected the capital from a syndicate of unnamed angel investors.

Snapchat, a two-year-old, Pacific Palisades, Calif.-based mobile-messaging service that’s particularly popular with teens, is considering raising up to $200 million at a valuation of $3.5 billion, AllThingsD reported on Friday. That would be more than triple the valuation that venture firms assigned Snapchat in June, when it raised $60 million. To date, the company has raised $73 million, including from Lightspeed Venture Partners, Benchmark Capital, SV Angel and Institutional Venture Partners.

Trod Medical, a seven-year-old, Belgium-based medical company that makes surgical instruments designed to treat prostate cancers and destroy localized lung tumors, has raised $6.1 million in a round led by Capricorn Venture Partners and Vesalius Biocapital. Other investors in the funding include Gemma Frisius Fund; the spin-off fund of the University of Leuven in Belgium; and the Flemish investment company PMV.

On Friday, Boulder-based Foundry Group announced the closing of its fourth fund, Foundry Group Select. As firm cofounder Brad Feld wrote in a post about the fund, it has a rather different focus than the firm’s previous funds. Specifically, it will be invested “solely in our Foundry Group and previous funds’ portfolio companies that have achieved significant success,” writes Feld. Here’s the filing. For those concerned that Foundry will no longer be funding new startups, a quick reminder that it raised its last, $225 million fund just one year ago.

Bip Financial, an Atlanta firm that invests in emerging, high-growth opportunities (including, in the past, restaurant franchises), is raising a new venture fund according to an SEC filing. According to the Form D, fundraising for Bip Early Stage I began two weeks ago and the firm has so far secured $6.5 million toward an amount that is listed as “indefinite.”

Twitter is waiting until after its IPO to name a woman to the board, reports AllThingsD, whose sources say the company is particularly interested in someone experienced in international relations.

TechCrunch Disrupt Europe was in full swing today in Berlin, with featured speakers that included Marc Samwer, who most recently founded Global Founders Fund with his brothers; AOL chief Tim Armstrong; and numerous members of Benchmark Capital, including Matt Cohler and Bill Gurley. The conference has already wrapped up for the day, but you can see the presentations you missed here.

Samsung’s developer conference also gets underway in San Francisco today. It looks seriously geeky, but it’s a quick way to learn about Samsung’s latest developer tools and SDKs. Maybe you can also corner David Eun, EVP’s of Samsung’s new Open Innovation Center, who will be speaking around 11 a.m PST. More information about the event is here.

On Friday, a San Mateo County judge ruled in favor of allowing famed venture capitalist Vinod Khosla to block public access to a beach in Half Moon Bay where he owns 200 acres of oceanfront property. Fishermen, sunbathers and surfers have been accessing Martins Beach for at least half a century, according to the San Francisco Chronicle. Now, they can only access the beach by swimming to it.

New York Times reporter Nick Bilton may soon see his new book about Twitter turned into a feature-length movie. (Our prediction: Bradley Cooper will be cast as Jack Dorsey.)

Wilson Sonsini is looking for a corporate associate with two to three years of relevant corporate experience in “one or more of the areas of venture capital, initial public offerings or mergers and acquisitions. Superior academic credentials, excellent verbal, written and interpersonal skills required. An interest in startup or venture capital practice preferred.” The job is in New York.

Twitter agreed to stay in San Francisco in exchange for a tax break that now looks like it will cost the city tens of millions of dollars in lost revenue.

The New Yorker looks at why electric vehicles have stalled. Says an analyst quoted in the piece: “The one company that’s been able to succeed so far has been Tesla. They’re not selling to normal consumers, but to the people who already have a Porsche in their garage. If Tesla is serious about going into the mass market, they’re going to have their head handed to them.”

The NYSE really doesn’t want a replay of the Facebook botched offering when Twitter goes public. Here’s how much it doesn’t want that.

Google is reportedly building a floating retail store for Google Glass, but it doesn’t yet have the permits needed to anchor it at its final destination, off the coast of San Francisco.

In almost every European country, bikes are outselling new cars.

The hidden benefits of food stamps.

These are great pants.

Sex Panther cologne. Of course, you wouldn’t want to be caught with it in your own bathroom vanity, placed in strategic proximity to your latest copy of Harvard Magazine. We highlight it only as a gag gift.

Does underwear really need this much innovating?