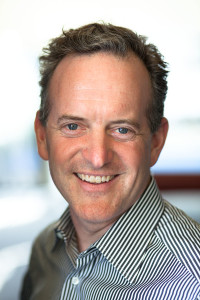 Late last week, I visited Jon Callaghan, a cofounder of eight-year-old True Ventures, a firm that makes seed-stage investments in companies that it can afford to back for the long haul. The firm’s string of hits includes the book recommendation site Goodreads, which raised $2.75 million and sold to Amazon this year for $150 million; 3D printing company Makerbot Industries, which raised $10 million and sold to Stratasys this year for $403 million in stock; and Automattic, the still-private parent company of WordPress. At True’s San Francisco offices, surrounded by a sea of glass windows and polished wood floors, Callaghan shared his views on a number of things, from the firm’s operations to the democratization of startup capital. We’ll feature more of that interview in StrictlyVC this week; what follows is a part of our discussion that centered on the growing shortage of Series B funding for startups.

Years ago, you told me that True only does its own follow-on rounds, meaning in companies it has already backed. Has the firm reconsidered that stance, given that fewer and fewer firms are focused on Series B size investments? You’re investing a $200 million fund. Meanwhile, it seems like an underserved market.

It’s a really interesting part of the market. We’re not building a new product for that market. It’s not in front of us right now, though I personally think about how we can solve the needs of great entrepreneurs, and that’s a big, huge problem in the ecosystem right now.

What’s creating this bottleneck, in your view?

There are definitely too many seed-funded companies. But I think it goes back to risk. I don’t think the normal venture capital model is designed to take extremely large product/market risks. What that means is when companies get through the A [round] to the B and they still have big unanswered questions around product/market, it’s really hard for the normal industry to fund that.

What would you do that’s not being done?

You make sure that [the size of] your investments are relative to your [overall] fund [size] and you embrace the idea of investment failure as part of the model.

Other VCs will accuse you of being patronizing. They’ll say that failure and risk are very much part of their models. What are you suggesting that’s different?

Well, we’re talking about a big gap in the market – B rounds – and the reason those rounds aren’t getting funded is [the startups don’t have] enough traction.

For the most part, the industry has gravitated toward strong, traction proof points because that’s a good business. Put $5 million or $20 million into a business that’s working and write it up? That’s a fantastic business. But it’s different than taking high risks on B rounds. So to your point, I think there’s a product to be built that’s structured around taking high risk in B rounds.

If True Ventures were to do it, what would it look like?

I think there’s probably a $3 million to $5 million B round product to be built that’s sort of in the $15 million to $20 million pre [valuation] range, and in order to do that you’d need a fund large enough to have follow-on capital for each of those. You can run the math. Thirty to 40 companies [in the portfolio] would be pretty optimal.

I think it’s a really interesting slice of the industry, and it’s not rational for Sand Hill Road to come down and do it because [those investors already] have a really good model. There are some funds out there that are really well-equipped to do this and do a phenomenal job, including Foundry Group and Spark Capital — they embrace really big product and market risks. But [most] VCs will fund B and C rounds for things that have product/market fit and traction.

Those are good companies, too. But there are an awful lot of companies that get through A rounds that don’t have all of those things and shouldn’t die or go away.