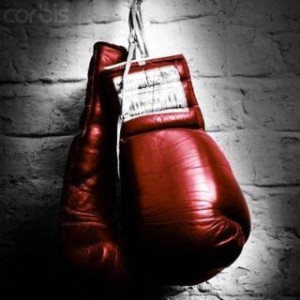 It’s been a banner week for a number of Internet companies.

Last Wednesday, social network Pinterest acknowledged closing on a $225 million round that valued the company at $3.8 billion. Shortly thereafter, AllThingsD reported that Snapchat, the messaging app, is now weighing a $200 million investment round that would value the company at $3.5 billion. And just yesterday, NextDoor, a social network for neighbors, raised $60 million in fresh capital.

But the reality is that some of today’s biggest venture heavyweights have pulled back dramatically on late-stage deals.

Two weeks ago, during a visit to Andreessen Horowitz, Marc Andreessen told me his firm has “done almost no growth investments in the last year and a half.”

Yesterday, Ravi Viswanathan, who co-heads New Enterprise Associates’ Technology Venture Growth Equity effort, told me much the same. “If you chart our growth equity investing over the last few years, it’s been very lumpy,” said Viswanathan. “Last year, I think we did four or five growth deals. This year, I don’t think we did any.”

That’s saying something for a firm that is right now investing a $2.6 billion fund that it raised just a year ago.

Andreessen attributes his firm’s reluctance to chase big deals to an influx of “hot money.” The partnership is “way behind on growth [as an allocation of our third fund],” Andreessen told me, “and that’s after being way ahead on growth in 2010 and 2011, because so many investors have come in crossed over into late stage and a lot of hedge funds have crossed over, which is traditionally a sign of hot times, hot money.” He added, “What we’re trying to do is be patient. We have plenty of firepower. We’re just going to let the hot money do the high valuation things while it’s in the market. We’ll effectively sell into that.”

That’s not to say later-stage deals don’t have their champions right now. At this week’s TechCrunch Disrupt conference, venture capitalist Bill Gurley of Benchmark told the outlet that “a global reality is that some of these companies have systems, they have networks in them, that cause early leads to always play out with really huge platforms.” People “laugh or write silly articles about the notion of a pre-revenue company having a very high valuation,” added Gurley.  But “if you talk to some of the smartest investors on Wall Street, or go talk to guys like Lee Fixel or Scott Shleifer at Tiger, they’re looking for these types of things. They’re looking for things that can become really, really big.”

Still, Viswanathan’s concerns sound very similar to Andreessen’s when I ask him why NEA has pulled back so markedly from later stage investments.

“It’s an amazing tech IPO market, and that drives growth,” Viswanathan observed. “But I’d say the growth deals we saw last year [were] elite companies getting high valuations. There are still great opportunities out there. But right now, it feels like there are high valuations even for the lesser-quality companies.”