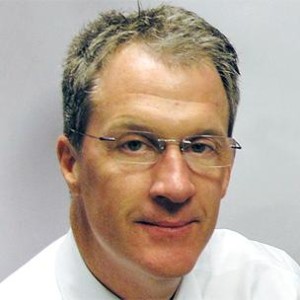 Mark Kvamme, a former partner at Sequoia Capital, has cultivated numerous fans since moving to Ohio in early 2011. But he has also attracted critics who worry that his relationships with some of Ohio’s biggest power brokers are a little too cozy.

In the latest controversy, press reports on Friday revealed that Drive Capital, Kvamme’s new, Columbus-based venture firm, received a $50 million commitment from Ohio State University several months ago despite concerns that the fund is unproven.

As of early August, Drive Capital had raised $181 million for its debut fund, which is targeting $300 million. Kvamme’s sole partner in the endeavor is Chris Olsen, also formerly of Sequoia Capital.

Records released on Friday to the Associated Press and Cleveland’s Plain Dealer newspaper show that university officials were pushing back against the school’s investment in Drive Capital until April, over concerns that the firm’s Midwest investing thesis was based on “the attractiveness of what is perceived as an underserved market” rather than proof of concept.

An email on April 5 from Ohio State’s chief investment officer, Jonathan Hook, to the school’s chief financial officer, Geoff Chatas, shows Hook told Kvamme directly that the school’s officials “did not see his fund as a good investment.” Later emails show that between April and July, when the investment was made, Kvamme and his wife, Megan, dined with then-president of Ohio State, Gordon Gee, during which time Kvamme seems to have secured a verbal commitment from Gee.

“Your thoughtful questions, insightful comments, and sense of humor always give us food for thought accompanied by the delicious meal,” Kvamme wrote Gee in an email dated May 15. “We also always come away from our dinners with more ideas on how we can make Ohio the center of innovation and creativity.”

Gee replied to Kvamme that he would “see how we can best get other institutions to join with us.”

Joseph Alutto, who succeeded Gee as the school’s interim president in July, had also questioned the size of the investment that Ohio State was planning to make in Drive Capital in the weeks before Alutto took his new office. Writing to Chatas in June, Alutto asked: “What is the justification for a $50 million investment rather than one in the $20-30 million range you had described as more typical? Let’s discuss.”

Several weeks later, in an email to Chatas signed by “G,” the sender wrote that he had convinced Alutto to “honor the Kvamme agreement,” adding, “We are back on solid ground. Make that happen quickly.” (The name and email address of “G” were redacted by OSU when it submitted the emails to the media.)

Venture capital is very much a relationship-driven business, of course. And surely, Kvamme looks as good a bet as any. Kvamme led Sequoia’s early investment in LinkedIn – a bet that has paid off handsomely for Sequoia’s LPs. Kvamme also borders on VC royalty. His father, Floyd, is a partner emeritus at Kleiner Perkins, and his ex-father-in-law is famed venture capitalist Pierre Lamond, long one of Sequoia Capital’s most powerful partners.

Still, the investment appears to represent the largest commitment to a venture firm that Ohio State has made. Venture capital investments represented just 0.7 percent, or $21.7 million, of the $3.1 billion that the university was managing as of June 30.

The agreement is also attracting scrutiny as Gee has reportedly been seeking an investment from Kvamme. According to the emails provided to news outlets on Friday, Gee, who remains at Ohio State in an emeritus position and as a law professor, talked about soliciting a $1.5 million contribution from Kvamme to help establish a higher-education policy center.

An OSU spokeswoman told the Plain Dealer that it’s “important to note that exchanges about Mr. Kvamme as a possible donor took place well after the investment was made, and on the Center in particular, Gordon did not even know about the idea for such an institute at the time he started advocating for the investment opportunity.”

Combined with school officials’ apparent change of heart, the “huge departure” for the university has critics like Brian Rothenberg, the executive director of the public interest group ProgressOhio in Columbus, concerned.

“Mark Kvamme seems to have a very inquisitive mind and he doesn’t mind pushing the envelope, but it’s a toxic mix with public money,” says Rothenberg.

Rothenberg has been focused on Kvamme’s activities for some time. In fact, ProgressOhio is challenging the constitutionality of JobsOhio, a private nonprofit that Ohio Governor John Kasich created with Kvamme’s help in January 2011. Gee joined the board six months later.

The job, which brought Kvamme to Ohio from Silicon Valley, was expected to last just five months. But by August 2011, Kvamme had acquired an Ohio’s driver’s license, along with a farm outside Sunbury, Ohio. Apparently, he had also fallen in love. (Kvamme is now married to the daughter of Greg Browning, the former director of the Ohio Office of Budget and Management.)

In 2011, Kvamme said he hoped to create 30,000 new Ohio jobs through JobsOhio. But from the outset, the program, which manages roughly $100 million per year, has operated under a shroud of secrecy. (The bill that created JobsOhio states that “records created or received by JobsOhio are not public records.”)

ProgressOhio and others have characterized that lack of transparency as unconstitutional. The Supreme Court of Ohio will begin hearing oral arguments relating to the case this Wednesday.