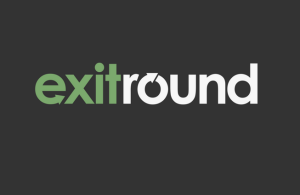 Many thousands of companies have been funded in recent years, and most of them will fail. Exitround, a San Francisco-based startup, hopes it can find buyers to snap them up.

Exitround was founded about a year ago by Jacob Mullins, who was working at the time as a senior associate at Shasta Ventures. (He left the firm this summer.) “We’d see really smart entrepreneurs with great ideas and great products who potentially wouldn’t be able to get that next round of funding but that would be interesting to a Facebook or Twitter; I started thinking there was more of a marketplace [opportunity] here.”

One can see why. Just yesterday, the outlet The Verge lavished several thousand words on the failure of Everpix, a startup that helped users easily store and organize their photos. Everpix’s founders include a French entrepreneur who sold his first company to Apple a decade ago. Beyond the founders’ pedigree, the team had also raised seed funding from some top-notch VCs, including Index Ventures. Exitround would seem a great alternative to shutting down completely, as Everpix was abruptly forced to do.

Here’s how it works: Exitround makes introductions between startup teams and corporate development types. It also provides plenty of anonymity to startups seeking buyers. Exitround supplies buyers with a rough sketch of a startup’s offering. If a buyer expresses interest, Exitround checks with the founding team before providing more information or setting up a meeting. For its matchmaking, Exitround charges a recruiting fee of between $10,000 and $20,000 per hire.

So far, Exitround has convinced more than 500 buyers to sign on to the platform, Mullins tells me. Among them, he says, are “growing startups with super-aggressive growth goals,” big tech names that are known to be serial acquirers, and “legacy companies, including in manufacturing, insurance, healthcare and hospitality. These are companies that, while their core business may not be tech, realize that they need to deliver a better customer experience.” He also says Exitround has attracted “hundreds” of startups to its platform.

Still, not everyone is convinced that M&A can be automated. One corporate development executive privately tells me his company’s experience “acquiring and integrating companies has been very difficult,” adding that using a middleman like Exitround would “just be adding on another layer of complication.”

Scott Rafer, a serial entrepreneur who has been in acqui-hire situations numerous times, also sees problems with Exitround’s model. First, he notes that the “likelier buyers know everyone in their sector … if there’s any IP value at all.” Also, he questions Exitround’s ability to keep its deals completely anonymous. “If a company is described [to a potential acquirer] in any way that’s useful, three minutes on Google, and any decent corp dev guy can figure out who it is.”

Such issues may explain why Exitround is a bit cagey about its progress. Although the company announced its first “exit” in July, Mullins tells me he can’t release any transaction details. Similarly, he says Exitround has “sold some [startups] subsequently,” but he doesn’t disclose how many or any other details about these deals. Mullins also isn’t revealing how much capital has Exitround garnered to test out its business. (He says the company has raised seed funding but that the round remains open, with Exitround hoping to bring aboard “a few other investors strategic to our business.”)

Either way, a veteran who has been shutting down companies for decades – Martin Pichinson of Sherwood Partners – thinks there’s plenty of room for a company like Exitround in today’s market.

“I think this is a fantastic idea,” says Pichinson. “It’s hard for corp dev people and others to always and easily have quick and easy access to new technologies, ideas and know-how. We are in an exciting new world, and anything that can expedite adoption is a total win.”