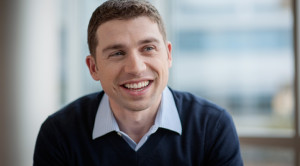 Yesterday afternoon, I sat down with Brian O’Malley of Battery Ventures in the gleaming marble lobby of San Francisco’s Four Seasons Hotel.

Despite having a cold, O’Malley – who has led Battery’s deals in a long line of solid companies, including Bazaarvoice, which helps e-commerce companies manage customer reviews; SkullCandy, which makes headphones and earbuds; and the hotel booking service HotelTonight — spoke animatedly on a wide variety of topics. We chatted at length about the consumer packaged goods space, for example. I’ll share that part of our interview next week. In the meantime, here’s a quick excerpt from our discussion of the ever-evolving dynamics of post-Series A investing.

Money for anything past the Series A round seems to have tightened up this past summer. What are you seeing?

It really depends on the company. The way the market is working today, growth-oriented investors are much more interested in getting into the right company in the right space, versus taking a risk on something that’s unknown. They’ll pay five times the price to get in the Series B of some hot company rather than do something that maybe has some question marks around it.

Do you subscribe to the winner-take-all theory? Do you think there are only a small number of breakout companies worth chasing?

Investors are fundamentally lazy, so a lot of the time, they aren’t going to figure [out a business’s potential] on their own unless they’re super savvy about a particular space.

On the flip side, most VCs now recognize that the winner in any given space does get 90 percent of the economics, while the second-place company gets 8 percent, and everyone else [shares] 2 percent. So by Series B, people are already starting to see how the market is evolving; they’re already starting to see how repeatable your business is, and they’re spending much more time chasing the one or two dozen companies that everyone wants to get into.

And you think that makes sense?

I think it’s a function of larger funds needing bigger exits to make their math work.

As the funds get larger, what you need from a success gets larger as well. For funds for which it’s incredibly easy to raise money, their limiting factor is their time. And companies take longer to exit [these days], and so [the VCs] have less capacity for new investments. And when you have less capacity, you need each of your investments to return more money. That’s one of the big challenges.

What’s interesting, and what has surprised me, is how much people are influenced in terms of which companies they think will break out based on which companies are having success today.

There’s a lot of emphasis right now on these more enterprise-focused businesses, which has a lot to do with enterprise-focused businesses doing incredibly well on the public market. But the reality of my doing a Series B investment is that I’m not going to be selling for three to five years, and the market might be very different by then. Even still, people are willing to back much less mature companies in the space du jour rather than invest in something that has some scale in a space that’s out of favor.