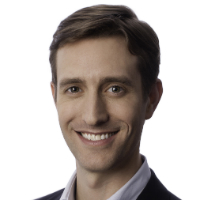 New York-based AppNexus has been having a very good run. The six-year-old ad platform, which oversees the real-time buying and selling of online display advertising, has grown to 600 employees. The company, which had nine offices at the start of the year, has since opened two others. And so many billions of ads are being processed on AppNexus’s platform each day that it’s now the “largest [ad tech] company outside of Google,” says AppNexus President Michael Rubenstein.

So when is AppNexus going to follow in the footsteps of other ad tech companies to go public? On Friday, I asked Rubenstein, who was director of Google Ad Exchange before joining AppNexus in 2009 (and who spent a decade at DoubleClick before that). Our conversation has been edited for length.

When we last talked much earlier this year, you’d just closed on $75 million in funding. What are some of the highlights since?

It’s been an amazing growth year. We’ve just about doubled our revenue [since 2012]. We decided to accelerate our international expansion and just recently opened offices and a data center in Sydney and Singapore. The other major investment we’ve made this year was mobile. Because it’s such an explosive trend in the digital media industry, we dedicated a team of dozens of people inside the company to building the best mobile ad technology in the world based on our existing capabilities.

You recently partnered with the mobile ad network Millennial Media. Why do you think its stock hasn’t performed better?

They went public at a very high valuation and the stock has come down a lot since then, but I’m not an expert on [why]. What’s clear is that Millennial is building a leading business in what’s likely to be the fastest-growing and most exciting area of the ad market for a long time to come.

Any thoughts on why another ad tech company, the automated ad buying startup Rocket Fuel, has received a warmer reception by public investors?

Rocket Fuel is doing a really great job of serving its customers and building a very strong ad business. Whether that means its stock price is justified or over- or undervalued, it’s hard to say with valuations all over the place.

Why are ad tech valuations so seemingly schizophrenic?

I don’t know if the market really knows how to value these businesses. It could be the market is trying to sort out which are the great companies and which aren’t.

Can you share anything about your revenue and whether or not you’ve ever been profitable? The standard for going public still seems to be revenue of more than $100 million.

We’ll do significantly more than that [in 2013]. We’re not profitable because we continue to invest very heavily in the long term. We’ve invested massively in mobile advertising and had very little revenue from [it], for example, but that will change next year. And by 2017, the [Internet Advertising Bureau] is forecasting that mobile advertising will [represent a slight majority of U.S. online ad spending].

It is safe to say you’re thinking about an IPO?

We had some thoughts about it and decided to do that big round at the beginning of the year instead because we felt like we’d be best off building value rather than going public. An IPO is something that we’d like to do in the future, but it would be more of a financing event than anything else.

Will we see AppNexus make an acquisition any time soon?

We always look. But acquisitions are a big deal, and, having been involved in a number at DoubleClick and Google, I can tell you that an acquisition can be a terrific catalyst for growth if done right. But often, they are not done right. So you have to pick your pitch.