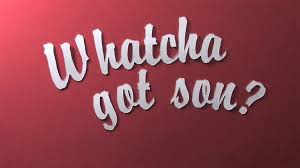 It’s getting tough out there for entrepreneurs. No longer is it enough to create a sustainable, profitable, fast-growing product that’s beloved by customers.  These days, top VCs are placing a bigger premium on what’s next.

Andreessen Horowitz is “generally willing to take more risk on a product that hasn’t yet been built,” Marc Andreessen told me last month.

“We want to be in the most extreme propositions — the sort of thing where it’s either a moonshot or a smoking crater in the ground,” he explained. Toward that end, he’d said, “We’re willing to impute value into [what’s coming next out of a startup] if we’re highly confident that the team can build it and that the market is really going to want it.”

PunchTab’s trajectory has been impressive. In addition to growing revenue five times over last year, it has expanded its enterprise customer base from 10 to more than 40. Nevertheless, Kumaran finds that the VCs with whom he meets care most about Punchtab’s “next-horizon solutions”; they want entrepreneurs to paint a picture.

“I believe that wasn’t the case before,” he observes. “Series B was about how fast you’re growing and how you get to next revenue [milestones].”

If VCs are no longer enamored of velocity alone, the shift likely owes to a number of factors, beginning with the fact that fewer venture firms have come to control greater amounts of capital and need bigger returns than ever to justify such pools.

“It’s a very different dynamic today,” says Brian O’Malley, a general partner at Battery Ventures. “The market has gone from venture people sitting in their office, waiting for whatever company to come and pitch them, to chasing the companies that everyone else wants to invest in. If you’re part of that inner crowd, life is very good and there’s lots of money being thrown at you.”

But you need some imagination to get there.