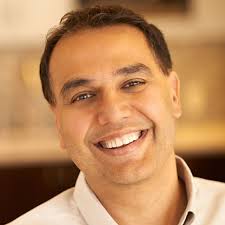 Salil Deshpande, who spent seven years as a venture investor with Bay Partners, joined Bain Capital Ventures in March of this year, and he’s been working hard ever since. Deshpande is hoping to replicate his successful track record, with hits that include early investments in Buddy Media (acquired by Salesforce.com last year for $689 million) and the peer-to-peer lender LendingClub (now valued at more than $1.5 billion). Working alongside Bain’s one other West Coast managing director, Ajay Agarwal, in the firm’s Palo Alto office, Deshpande also wants to help Bain establish a stronger presence on the West Coast venture capital scene. I met recently with Deshpande to see how it’s going. Our conversation has been edited for length.

How active is Bain Capital Ventures, and what size bets are you making?

We’ve been very prolific; we’ve closed five deals in the last three months that haven’t been announced. We’ve announced a dozen others, including Aria Systems, a company that lets companies do recurring revenue management. We just led a $40 million round in the company.

As for range, our smallest investment has been $250,000 and our largest has been $55 million in one company.

How much are you investing, and how many partners does Bain Capital Ventures have altogether?

We’re currently investing out of a $660 million fund raised in 2012. We raise a new fund every two-and-a-half years or so, so the pace of investing is high. We have nine managing directors: two here, six in Boston, and one in New York.

Do the nine of you have to agree on every deal?

First, we classify deals as early or growth. With growth deals, everyone who wants to come and do the work is invited. When it comes to early-stage deals, there are just five managing directors [who decide whether or not to move forward]. And the managing director who is sponsoring the deal decides on who the four other people will be.

Don’t partners then choose only those individuals who they think will support a deal?

Not necessarily. I always pick partners who will be critical and have the most knowledge and understanding about the deal. I don’t want to do bad deals. And these are some of the smartest guys I’ve worked with.

Is it hard, trying to establish Bain as a venture entity in this crowded, West Coast market?

There are pros and cons. Bain is a very strong, positive brand. It stands for private equity, large deals, buyouts. It stands for discipline, thoroughness, thoughtfulness, [and] being data-driven. We’re also known for philanthropy work in the Boston community.

The challenge is that the brand stands for something that doesn’t correspond exactly with what we’re trying to do [out] here, where you have to be a little faster [and] a little more responsive to the market. But the nice thing is that things are really working out here, so the brand will catch up.

Do local entrepreneurs understand that Bain Capital Ventures is a venture firm and not a unit of Bain Capital?

This market hasn’t been educated on a couple of things. First, that we exist. [Laughs.] Second, what is Bain Capital trying to accomplish? Sometimes it takes a conversation or two to let people know that we’re just like any other venture fund. We have carry and comp that’s just like other firms. We’re independent – our investment committee is just the nine of us. We have an overlap of limited partners with other Bain Capital funds, but some people incorrectly assume that we’re an evergreen fund with big Bain Capital as a solo LP. We’re like a lot of our peers, except that we happen to be part of a really big franchise.

You’ve said the firm is very data driven. How is that impacting your investing style?

There’s a value placed on being thorough and smart, which isn’t the case in all firms. They look at more metrics. Some [investors] are more intuitive and gunslinging. In the past I’ve relied on domain knowledge and intuition. So I think it’s been a very good education for me to be less intuitive and more thorough. When doing due diligence, I used to talk to a few customers. Now I talk to a dozen.