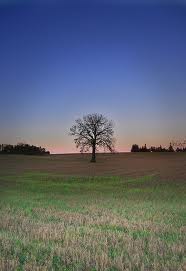 A growing number of venture firms have been springing up around a single general partner, including PivotNorth, led by Tim Connors; Acero Capital, led by Rami Elkhatib; Cowboy Ventures, led by Aileen Lee; and K9 Ventures, led by Manu Kumar.

Now add to the list Cindy Padnos, the lone GP of Illuminate Ventures, an Oakland, Calif.-based outfit that is today announcing a new, enterprise-focused, $20 million fund. In a call on Monday, Padnos said she was able to raise the new pool after investing a “few million dollars” in an earlier, proof-of-concept “Spotlight Fund” that has taken off.

Two of Spotlight’s five portfolio companies have been acquired: 3D game design platform Wild Pockets was purchased by Autodesk in 2010, and data and audience management platform Red Aril was acquired in 2011 by Hearst Corporation. (Terms of both deals remain private.) Meanwhile, the fund’s three other portfolio companies have been marked up considerably since Padnos invested. Among them: the SEO management platform company BrightEdge, which Illuminate backed as a Series A investor; the startup has gone on to raise nearly $62 million altogether, including from Battery Ventures, Intel Capital, and Insight Venture Partners.

Padnos – a Booz, Allen consultant turned operator turned venture capitalist – gives a lot of credit for her success thus far to a venture partner in Seattle and an advisory counsel of roughly 40 people whom she has assembled over the years.

She also believes she has struck on a strategy that clicks in a today’s market, investing in enterprise startups that are bootstrapped or angel financed but not quite ready for a large-scale Series A rounds.

Indeed, Padnos — who says her “sweet spot” is writing initial checks of $500,000 as part of $1 million to $3 million rounds — has already made several new investments out of her new fund: Hoopla, a company that makes “workplace gamification” software; Influitive, a marketing company that analyzes data around social media; and Opsmatic, the newest startup by former Digg CEO Jay Adelson.

Asked whether she is seeing any particularly interesting trends, Padnos tells me she’s most closely watching the “whole world of enterprise mobile.”

But the growing group of single-founder firms that Illuminate has joined is fairly interesting, too.