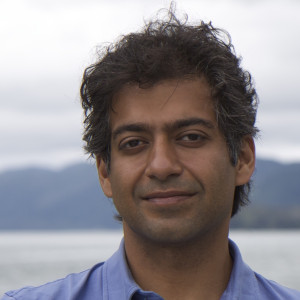 Entrepreneurs Naval Ravikant and Babak Nivi have already done much to reshape the startup investing landscape with AngelList, their now four-year-old networking site that has largely replaced coffee meetings with Internet-based matchmaking.

In September, AngelList introduced another game-changer — its Syndicates program, which allows angel investors to syndicate investments themselves, work for which they receive carry. (An angel who syndicates a deal earns 15 percent of any upside, while AngelList collects 5 percent.)

Though Syndicates is still nascent, I caught up with Ravikant yesterday afternoon to see who has begun using it and how it’s doing generally. Our chat has been edited for length.

Can you give us a sense of the activity you’re seeing on Syndicates?

I’d estimate that something like $5 million has moved through the platform already, with several million more dollars [committed but not yet closed]. About 24 deals have closed, and others are in various stages of closing.

Do the deals involve many of the same people or are you seeing fairly disparate groups?

A bit of both. Some people are using it more promiscuously to diversify their portfolio. Others are doing deals because the know the lead backer well and it’s a trust relationship. For example, you see [Path CEO and former Facebook exec] Dave Morin and other Facebook alums co-investing together and backing each other.

Is anyone using the platform who you didn’t anticipate would?

The biggest surprise has been VC interest. The response has been the highest from angels, but we’re in advanced stages of talking about how to do syndicates with four firms, and numerous others are using the platform as a way to scout out deals. As with their scout programs, they’re backing their portfolio CEOs when those CEOs go and find and fund great companies.

Will we see a day when a person can raise $20 million via Syndicates to invest across numerous startups?

The way it’s set up right now, you can [invest] deal by deal…So we’ll hold funds in escrow for one deal. What we’re not doing is [managing a] 10-year commitment. If [Google Ventures partner] Kevin Rose has $2 million in backing, that’s $2 million [for one] deal. But he can drop people, or they can drop out of the syndicate, any time.

Has Kevin Rose made an investment through the platform yet?

There are three Google Ventures partners who have a lot of syndicate backing but haven’t done a deal yet.

This whole thing seems like a great financial proposition for everyone but you. Is that true?

Why do it then?

Because longer term, we think we can bring LLC costs down to $5,000. And as syndicate sizes grow, it starts to become marginally profitable.

In the meantime, are you quietly investing a fund for anyone right now? At one point, you were talking about doing that after you’d invested a $20 million angel fund, Hit Forge.

I’ve been offered to raise another; [Hit Forge included stakes in] Uber, Twitter and Stack Overflow. But investing is [just a side hobby] now, and I’m making all my investments through Syndicates. I get to follow my best friends into deals, and I don’t mind paying them for carry if it means I don’t have [as many] coffee meetings.