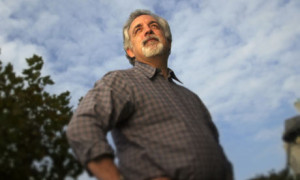 Mitch Kapor, who founded Lotus and is widely considered a pioneer of the personal computing industry, wasn’t impressed when Twitter announced it had finally welcomed a woman – Marjorie Scardino – to its eight-member board last Thursday. As Kapor says of the move, “There’s no reason that Twitter had to wait until now to put a woman on the board.”

Scardino’s appointment also doesn’t address the fact that every member of Twitter’s board is white, says Kapor, noting people of color are even more active on the platform than whites. (According to Pew Research, 26 percent of black Internet users surveyed say they use Twitter, compared to 19 percent of Hispanic users and 14 percent of white users.) “No one is talking about the fact that people of color over-index on Twitter. Why aren’t we talking about the reason no one of color is on its board?” Kapor asks.

Late last week, I chatted with Kapor – today an active investor whose personal foundation works to ensure equity, particularly for low-income communities of color – about Silicon Valley and issues of race. Our conversation has been edited for length.

It often feels like Silicon Valley isn’t paying much attention to different ethnic and racial groups, including as end users. How big a problem is this in your view, and how is it remedied?

Entrepreneurs scratch their own itch, naturally, turning problems into opportunities. So as you have more underrepresented people of color starting companies, they’re naturally going to form them in ways that serve markets that have been overlooked.

But it has to be a multi-pronged approach, because while it’s the case that the Valley thinks of itself as a meritocracy, the gatekeepers take all kinds of shortcuts – paying attention to where you went to school, all the while professing that they don’t care what color or gender you are. It’s a ridiculous claim. People make all kinds of implicit assumptions about what success looks like that makes it harder for African Americans, Latinos, women, and people with accents to succeed.

What’s a practical way to get the ball moving? Is it a matter of getting more underrepresented groups integrated early on into the ecosystem?

A good first step would be to recognize that the smartest VCs and entrepreneurs are subject to systematic distortions from implicit bias. We could do much more to mitigate it if we’d stop pretending it doesn’t exist.

The powers that be on this subject say the most amazingly stupid things. They say things like, “I don’t care if you happen to be black or Latino.” But no one happens to be black or Latino; you can’t grow up and not be treated differently in one way or another. And to fail to take that into account is poor rationalization.

What else could ultimately make a difference? The country’s demographics are changing fast.

It’s sort of like climate change. Even though the science was strong, people took a wait-and-see position at first. After the science kept adding up, you were left with a relatively small number of climate denialists. On the topic of changing demographics, it’s the same thing. It’s inexorable. It will only come out one way. It’s just a question of how long it takes to get to critical mass.

At some point, especially if there’s one big outcome – one black billionaire – it will be a game changer. You can talk until you’re blue in the face without results. It’s when founders from nontraditional backgrounds start breaking out that we’ll start seeing a real impact.

Who have you backed recently who has a different perspective given his or her nontraditional background?

Take Regalii, a recent Y Combinator graduate whose founder is Latino. It’s a mobile solution for the international remittances market, and it comes out of [co-founder Edrizio de la Cruz’s] life experience as an immigrant from the Dominican Republic who went to Wharton. It’s a totally valid opportunity and the sort of thing that investors should fund, but it’s not the sort of thing that other people are necessarily going to think of, even though they should.

I agree 100 percent that there are lots of opportunities to cater to underserved markets that entrepreneurs aren’t going after. Because we’ve become known for being focused on high-growth opportunities that have a positive social impact, we’ve become a magnet, and we feel like we have an unfair competitive edge. These are companies not being fought over by other VCs. But that’s their loss and our gain.