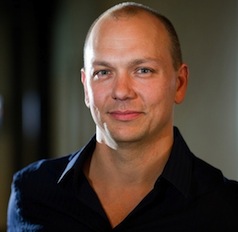 Earlier this week, at the Le Web Paris conference, Nest Labs founder Tony Fadell shared his unambiguous advice when it comes to patents. File for them early. File for them often. Then file some more.

As a longtime exec at Apple, where Fadell was instrumental in creating both the iPod and iPad, Fadell is accustomed to both filing for patents and getting sued by other patent holders. Indeed, faced with a patent infringement suit from Honeywell last year relating to Nest’s first product, a smart thermostat, Fadell hired Apple’s former chief patent counsel Richard Lutton as Nest’s own VP and general counsel.

Now fending off a second lawsuit relating to newest product, a smart smoke alarm, Fadell seems both incensed and ready for battle. (He says Nest already has 100 patents, 200 on file, and “another 200 that are going to be on file.”)

Fadell’s patent-related recommendations for other entrepreneurs (and their investors) includes:

1.) Expect to be sued. It will happen. As Fadell noted, companies “don’t like some little upstart coming in [and] disturbing some business that they’ve had for 40 years … Instead of innovating, they litigate.”

2.) Expect unscrupulous tactics by incumbents. “We’ve had all kinds of weird things thrown at us — very dirty tactics, very dirty, because they’re trying to keep us out,” he said. (As one small example, he mentioned “plants” paid to give Nest’s products terrible customer review online.)

3.) Plan a very long time in advance for these lawsuits and other maneuvers. “When you see a lot of these Kickstarter and IndieGogo projects,” said Fadell, “there are passionate people behind them, but they don’t always necessarily understand what they’re getting themselves into. They’ll say, ‘Okay, I’m going to get in [to X market] and build [this one product].’ Well, you can build one of anything. To manufacture something and make 100,000 [exact replicas] is a whole other scale of problems you have to face.”

More, once you “get to market, you have all kinds of litigation issues and other competitive issues. You really have to plan a year or two in advance for what really could be coming,” said Fadell. “Most people are like, “Whoa, we got there, we made the goal!” [once their product is out the door]. No, you’re just getting started…and if you didn’t plant those seed early enough to protect yourself [from legal threats etc.], you’re going to [face] a whole world of hurt.”