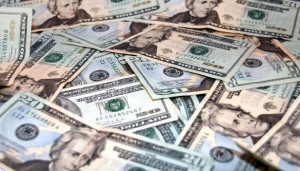 Yesterday, in a WSJ series on venture capitalists’ predictions for 2014, Managing Partner Scott Kupor of Andreessen Horowitz was asked if “venture capital returns have improved enough to draw renewed limited-partner interest in 2014.”

Kupor said the question was really “whether investment dollars will continue to be concentrated in the top firms that enable them to generate above-average returns.”

Consider, for starters, that early last week, the firm announced a new general partner, Balaji Srinivasan, who cofounded a genetic-testing company that makes a saliva-based test for more than 100 serious inheritable diseases. VCs don’t always bring in fresh GPs before a new fund raise, but it’s a little cleaner that way. And Srinivasan gives Andreessen Horowitz an even stronger case to make to investors, given his background in consumer-facing healthcare — an increasingly attractive area of investment where he bolsters Andreessen Horowitz’s expertise.

A little basic math also points to a new fund in the very near future. When I sat down with firm cofounder Marc Andreessen in mid-October, he told me then that the firm’s third fund was “about 70 percent committed.” And if you’ve been following the news, you’ll notice the firm has led a string of very big investments since.

That’s saying nothing of the smaller deals that Andreessen Horowitz has helping to fund, including Koru, a young education startup, and Doctor on Demand, a new company behind a mobile app that connects users with physicians for a consultation fee.

For a gun-slinging firm that likes to make outsize bets when it spies the chance, that doesn’t leave a lot dry powder — especially when taking into account reserves for follow-on fundings.

“We’ll probably raise a new fund next year,” Andreessen had told me back in October. My guess: we can expect it much sooner than later.