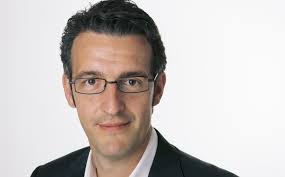 Index Ventures is widely perceived by other VCs to be a top-tier firm. Among its active investments are Sonos, the wireless music system company; Dropbox, the popular online storage service; and Hortonworks, a commercial vendor of Apache Hadoop.

The goal for Index now is to raise its profile with U.S. entrepreneurs, many of whom still consider the firm — which launched in Geneva in 1996 and opened a London office in 2001 — to be a European venture fund.

Step one involved opening an office in San Francisco in late 2011, where general partners Danny Rimer and Mike Volpi have been sewing up deals left and right. The second part of Index’s evolution involves giving the press a (slightly) better look into its thought processes. Indeed, I sat down with Volpi at Index’s sunny offices yesterday morning, where we talked about how the historically quiet firm plans to more visibly plant its flag in the U.S. and the Bay Area in particular.

We’ve been sitting here, talking about the professionalization of venture marketing. What is Index’s philosophy when it comes to selling itself?

Venture capital is changing. It’s different. And being good at marketing is an important asset today, when it just wasn’t 10 years ago.

Index certainly isn’t as “out there” as some firms. Will that change?

There’s an inherent conflict that exists in doing a lot of marketing for one’s own firm, because in one dimension, being out there helps attract people to you. In theory, saying, “So and so is backed by X Venture Capital” helps the company.

Presumably, over time, [things will take their] natural course if we do our job properly. But we don’t want to put steroids on [our marketing strategy]; we don’t want to bang on every journalist’s door, saying, “Pay attention to us.”

If you’re an entrepreneur, you want your own signature on the project you’re working on and you don’t want to be overshadowed. If you don’t have a signature to speak of, then you rely on somebody else’s. It’s a gray zone for sure, but I think it’s an important line to draw.