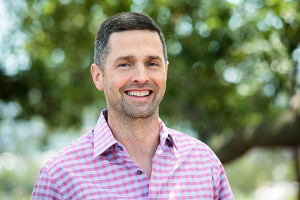 Google’s plans to acquire the smart home appliance maker Nest Labs for $3.2 billion in cash should translate into a tidy return for the half dozen firms that invested $80 million in the three-year-old company. Kleiner Perkins may have the most reason to kick up its heels, having led Nest’s Series A round in early 2011. (The deal, rumored to give Kleiner a 20x gross return, might well convince its limited partners that Kleiner has recovered its mojo.)

But the deal is also a personal victory for venture capitalist Rob Coneybeer of 10-year-old Shasta Ventures, who was introduced to Nest founder Tony Fadell eight years ago by fellow VC Stewart Alsop. (“He thought we’d like each other,” explains Coneybeer, who is a mechanical engineer by training and shares Fadell’s love of gadgets.)

Once acquainted with Fadell, Coneybeer spent as much time with him as he could in the hope that one day they could work together. Last night, I talked with a clearly elated Coneybeer about his relationship with Fadell and his subsequent investment in Nest; what follows is a lightly edited transcript.

Where does your story with Fadell start?

I’ve been interested in mobile and hardware and investing in the Internet of things for a while, and when Tony left Apple, I kept in touch with him as he was investigating different ideas, including devices that use batteries to get recharged and what happens to those devices if you connect them to the Internet. So he’d been thinking about things, and we’d get together every two to four weeks to talk.

When did it turn into more than that?

Tony had gotten to know myself and some of my partners, and he’d developed relationships with a couple of different firms … When Tony became difficult to reach, I realized he might be starting something, and I basically pursued him and said, “I’d love to find out what you’re up to,” and I offered to sign an NDA. And he said, “You’d do that?” And I said, “Yeah, I never sign NDAs, but to learn what you’re up to, I would, absolutely.” A week or two later, he walked me through what he was up to, and I met the core team he’d pulled together.

He went with us and with Kleiner [for Nest’s A round]. He’d known [Kleiner partner] Randy [Komisar] for a long time, and Randy has great experience in bringing consumer electronics to market [including as a founding director at Tivo].

What was Shasta’s value-add to the company?

It was a good personal fit. And having built [Shasta] around consumer and expertise around hardware companies, we were able to make great introductions, including to Best Buy and Lowe’s and other channel partners. We also helped with recruiting, in closing key candidates. Beyond that, it’s hard to provide a laundry list; Nest has such an accomplished team.

Kleiner led the Series A round, but you say Shasta was a “significant participant.” Can you talk about what kind of return you’ll see from Nest’s sale? TechCrunch sources say it will return “almost all” of your second, $250 million fund, closed in 2008.

I can only tell you that [the return will be] very, very, significant. I’m sorry I can’t be more specific, but you can write “very” three times.

Is Nest your biggest exit personally? I recall that before Shasta, as a partner at New Enterprise Associates, you led an investment in the fiber optic switching company Xros, acquired by Nortel.

That was $3.25 billion, so this is my second three-billion-dollar outcome. It does feel really good to build something from scratch [Shasta] and work really hard for 10 years to build a brand and to [be a part of] a product and outcome that people are really excited about. It feels like things are finally coming together.

Are you even a teeny bit disappointed? I know you thought Nest could become a formidable standalone hardware business.

I’ll just say that Google is acquiring the best hardware team on the planet. In terms of designing high-quality, durable, consumer hardware, you can’t name a better team.