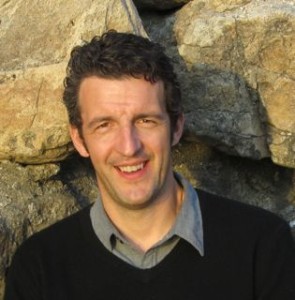 Last Thursday, I sat down with Mike Volpi, a general partner at Index Ventures in San Francisco, and later mentioned to you that I’d feature his thoughts on Bitcoin. Here, now, is that part of our conversation, lightly edited for length.

If you were to start your own company in 2014, what would it be?

Has Index made any bets on the currency yet, directly or through a startup?

I’ve heard a number of VC firms have bought Bitcoin as part of their portfolio. But we don’t have an investment in Bitcoin yet. We’re looking at a lot of different things and trying to break it down a little. It’s very early so it’s kind of hard to tell, but we do love the international component of it, so one of the angles we’re exploring is what does it mean from an international perspective, rather than merely a domestic speculation perspective.

Do you think we talk too much about Bitcoin in the context of the U.S.?

Much of the coverage here tries to think of it in the context of an American phenomenon, and where I think it [has received too little coverage] is its global importance. We all have bank accounts and credit cards and all that good stuff, but if you think of some person in South Africa or Ecuador or Argentina or Malaysia, it has a whole different meaning to that world, where currencies are volatile and you don’t have access to dollars and just 10 percent of people have credit.

I often hear that, but how or when will it become useful to people in developing countries, given its volatility and soaring value?

Currency is a multidimensional thing. First, it has stored value, like gold. You don’t really use it every day, but you have it there for safekeeping and it increases in value over time. Another aspect of currency is what we use for transactions: You buy a product from me and I give you money. The last aspect is the transactional plumbing – not that we exchanged value but that there’s a pipe underneath it all that allowed us to do that. Bitcoin is all of that smashed into one.

Because it’s so volatile, people treat it like stored value. You’d be crazy to use it right now – or, at least, it would be very unusual –particularly if you can use other currencies to buy stuff. But you have to think past the point of all that volatility. No one knows what it’s worth, but at some point, people will figure it out, more or less.

Then, if you’re using your favorite Argentine currency and yesterday it was worth this and today it’s worth half that because your government had a coup d’état or something crazy like that, would you rather be transacting in a Bitcoin currency, which will eventually get more stable because of its global nature, or your currency, which is far less [stable]? Or, if you want to buy products and you don’t have access to dollars because your government decided that it needed to keep all the dollars — that’s where it starts mattering more.

How long until we get there?

I think it will take five years – maybe even 10 years — to stabilize.

In the meantime, are you personally buying Bitcoin?

I have a few personally. I think the best strategy is to own them right now, and if you don’t, I would recommend it!