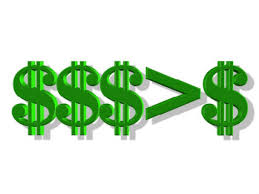 As you may have noticed, there aren’t a lot of independent, active venture funds in the neighborhood of $250 million these days. Many of them, raised in the late ‘90s, failed to produce the returns needed to raise another pool of capital. Meanwhile, most of the successful firms that once operated in that range – think Kleiner Perkins, Institutional Venture Partners, Greylock Partners — went on to raise far larger funds as LPs emerged from all corners, their checkbooks in hand.

You might not think it matters, particularly given today’s booming private markets. But a dearth of mid-range venture funds could have fairly serious repercussions, according to Jim Feuille, a longtime venture capitalist with Crosslink Capital. I met with him recently at the firm’s 22nd-floor Embarcadero Center office in San Francisco, where we discussed the incredible shrinking venture market.

Here’s Feuille’s thinking: Years ago, Crosslink, which is in the process of raising its seventh venture fund – in the $250 million range – used to have a number of syndication partners. That’s no longer the case, he told me. “In [the year] 2000, there were 1,000 firms in business,” he said. “Today, 350 have a shingle out, but probably closer to 80 firms are doing more than two deals a year. Now, let’s say half of those 80 firms are doing more than five deals a year, and of those 40, some have to put $30 million, or $40 million, or $50 million to work [in each deal] because they have a $2 billion fund to invest.

“Five years ago, and in the 20 years before that, you could syndicate a pretty capital-intensive deal, like a hardware or a semiconductor deal that would require $50 million to get a product to market,” says Feuille. Because the number of partners available to do such deals has “really shrunk,” the “only people who can get these deals done are the megafunds,” he adds.

Crosslink has adjusted its investing strategies to deal with this shortage of syndicate partners, preferring to back companies that are generating revenue rather than those that are still in the product development stage. It’s far from alone; according to Ernst & Young, the share of investment going to revenue-stage companies jumped from 56 percent in 2006 to roughly 70 percent by 2012.

Still, it could be bad for the U.S., says Feuille, noting that with rare exceptions, you “can’t start a semiconductor company here anymore; no one wants to buy a partially developed semiconductor product” by a company that has run out of capital. “I don’t follow biotech and medical devices, but you can imagine a similar kind of problem,” he adds. And when it comes to developing any hardware device that’s relying on a custom semiconductor chip, good luck. “It’s going to cost you $100 million bucks” to develop the product.

“We [as an industry] are funding a lot of innovation in terms of the Internet, and media software and so forth,” notes Feuille. “But we’re no longer funding innovation that’s manufacturing-driven and more capital intensive and could potentially employ more people or a different kind of people.”

Such innovation now has to happen in big companies – the Intels and Broadcoms and Googles of the world. That might not bother a lot of people. But maybe, suggests Feuille, it should.