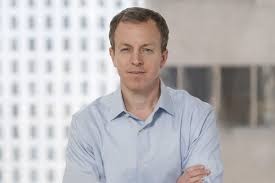 Most Bay Area venture firms don’t pay much attention to Europe. That’s just fine with Next World Capital, a four-year-old, expansion-stage firm backed by the European clients of Next World Group, an affiliated investment advisory firm with offices in Paris and Brussels.

Though Next World’s cofounder Craig Hanson tells me these ties are a small part of the firm’s value to entrepreneurs, he admits that it’s a point of intrigue for at least 80 percent of the startups he meets with – a much higher percentage than he’d anticipated when endeavoring to start the firm. We talked recently in the firm’s airy office building in San Francisco (atop which sits one exceedingly nice roof deck). Our conversation has been edited for length.

You’ve kept your profile somewhat low until recently. Why?

We’ve been building the organization; we wanted to establish a reputation with entrepreneurs first. Now, we’re hiring and staffing up, and we’re in a good place to tell the story of who we are for the first time.

You’ve been investing a $200 million debut fund, writing initial checks of between $7 million and $12 million. How many companies have you funded so far, and have you had any early exits?

We’ve funded 10 companies and had two fantastic exits so far. We invested in [the private cloud management software company] DynamicOps [which sold in 2012 to VMWare for an undisclosed amount, after raising $16.3 million]. A year later, NexGen Storage, a flash storage system company that we’d gotten involved with [leading its Series B round] was approached by Fusio.io. [It acquired NexGen, which had raised $10 million from investors, for roughly $120 million.]

How did you break into deals as a new fund in the Valley?

We did it by going directly to companies rather than rely on investor relationships. Once we had the meeting with the CEO…we were able to have in-depth conversations right off the bat. It wasn’t, “Give us your PowerPoint.” We’d say, “We’ve talked with 20 vendors, experts, and customers in the space and we’d love to trade notes.” At that first meeting, we were having second- or third-meeting [types] of conversations.

How strongly do you pitch CEOs on your European ties, including a Paris-based partner? Is your ability to help abroad a big or small selling point?

We thought it’d be useful in niche cases. We found instead that it’s a core, strategic priority for most companies, and that it’s happening much faster in their development than it used to. Particularly for cloud-based, SaaS companies, and mobile companies, they’re getting pulled to expand internationally much faster than companies used to.

What are early considerations these CEOs need to make as they look to Europe?

Well, among other things, you need to consider when to enter the European market, where specifically you go, and how you orient your positioning around the product, which, in a lot of cases, is slightly different than how you’d approach the U.S. market.

If you had to generalize, what are some of the distinctions between regions that U.S. entrepreneurs should know?

Germany is a very large and sophisticated market, for example, so you have to have credibility there, either by investing in employees and resources there, and/or having strong partnerships with credible local firms. If you’re trying to sell a sophisticated infrastructure software product or enterprise app into that market, trying to do that by just flying people out occasionally from a London hub isn’t going to be as effective. There’s a similar dynamic in France.

The Benelux countries or Nordic countries are more open and used to vendors not having a specific office in their country; they’re used to looking at vendors and relationships and partners across Europe.

It’s interesting. We tend to hear so much about the importance of expanding into Asia Pacific.

There’s more cultural and business familiarity in working with European markets. They’re very large economies, and in term of enterprise IT spend, it’s the next largest market to go after [following the U.S.].