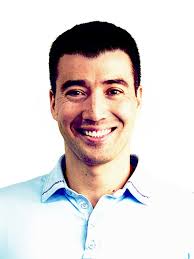 Henry Ward, the cofounder and CEO of 18-month-old eShares in Palo Alto, has a business that’s arguably great for startups. eShares digitizes paper stock certificates along with stock options, warrants, and derivatives to create a real-time picture of who owns what at a startup. The company insists that it also makes it dead simple to transfer ownership of these things.

“Right now,” says Ward, “a company can hire Wilson Sonsini or [startup stock exchange] SecondMarket to create a liquidity program for employees to allow them, say, to sell up to 10 percent of their vested options to existing shareholders. But it can be a costly, three-month-long process that involves figuring out demand and supply. We offer the same thing with a click of a button,” he says, referring to eShares’ clean, simple interface.

Now it’s just a race to convince law firms – gatekeepers for most startups and their paper certificates – of eShare’s merits.

So far, three law firms – Perkins Coie, Gunderson Dettmer, and DLA Piper – have handed over access to 350 companies’ cap tables. But eShares aims to become the private market equivalent of the Depository Trust & Clearing Corporation, which provides clearing and settlement services to the public financial markets. And to get there, it needs to sign up the top 10 to 20 law firms — before someone else does.

The competition is growing by the month. Among the companies that eShares needs to fence out are SecondMarket, Nasdaq Private Market (as it will be known), and upstarts like CapShare, DocDep, and TruEquity.

Ward is clearly in it to win it, touting eShare’s advantages as a transfer agent capable of moving stock certificates directly from one person to another. (He likens broker-dealers like SecondMarket to Craigslist, which matches buyers and sellers but is incapable of handling transactions and isn’t exactly a marvel of modern technology from a design perspective.)

Ward also insists that eShare’s pricing model makes more sense than that of competitors, some of which exclusively rely on a SaaS model. Though eShares charges companies $159 a month or roughly $1,900 a year to maintain an ongoing valuation report (an alternative to spending $5,000 for every 409a valuation), it also charges a $20 fee every time a company issues a new grant and another $20 every time someone exercises the sale of one of their holdings. The model means eShares isn’t constrained by the number of startups up and running. As long as companies are hiring and their employees and investors are moving shares around, eShares is making money. Presumably.

Still, eShares will need to further distinguish itself from the pack, which it has numerous plans to do. In April, for example, eShares will begin buying “zombie investments” from investors whose shares have gone to zero and who would otherwise be stuck waiting until the startup is dissolved to write off their investment. It’s not a great business, notes Ward. But it could further endear eShares to investors – who can then recommend eShares to their other portfolio companies.

“We have a very sticky value proposition, and once companies are on the platform, they’re on for life. But it’s a slow growth model,” he explains. “Getting companies to use eShares as a master record isn’t an impulse purchase for them.”

Ward doesn’t kid himself. He freely admits that if a “new entrant comes in and the market bifurcates, it’ll be much harder for us.”