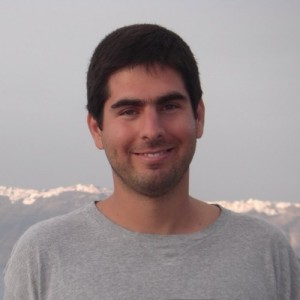 There’s been a lot of talk of “ephemerality” in tech circles lately, driven in part by the rise of Snapchat, the popular mobile app that allows users to send self-destructing messages and images. But Niko Bonatsos, a principal at General Catalyst Partners — which participated in Snapchat’s A and B funding rounds — thinks the trend is becoming ubiquitous and that Internet startups have less time than ever to prove themselves before their window of opportunity slams shut.

Yesterday, I chatted with Bonatsos about the “rapid decay” of so-called digital assets, with Bonatsos noting that our loyalty to digital products is at an all-time low. To prove his point, Bonatsos ticked off a list of “digital” companies to fall from their perches, many disrupted in the span of five years or less (think MySpace, Blackberry, and Firefox, among others).

Bonatsos also pointed to mobile phone apps, noting that more than half the top 100 Android and iOS apps today didn’t exist just a year ago, and that the lists are almost entirely different than two and three years ago.

“Unlike 10 years ago, when we still had product life cycles, today, [users migrate to a new technology] as more of an impulse, and there isn’t a lot of time to act if your product isn’t perfect. People will just migrate to the next form factor, the next paradigm.”

I asked Bonatsos how this constant migration of users is impacting the way he invests. After all, what’s to say people won’t move on from Snapchat to some other app that gains their confidence? He said Snapchat serves a core human need right now – to be authentic and express ourselves privately — which is one of his firm’s criteria. Bonatsos said another buffer against fickle consumers is to back companies that are “used every day to solve a real world problem.” Here, he pointed to Uber, which has largely replaced the frustrating process of calling a cab, and the travel metasearch engine Kayak, a General Catalyst portfolio company that was acquired by Priceline last May.

Still, he noted that it’s never been so important for digital startups to “be on top of their numbers” to “deeply understand the intensity of [their users’] engagement,” and to “be smart [and] leverage user acquisition channels really early on, when they are cheap.”

Bonatsos – who was raised in Athens and holds engineering degrees from Stanford, the University of Cambridge, and the National Technical University of Athens — acknowledged that all of it is “easier said than done.” He also said that startups typically have “some time” to take action if their metrics aren’t heading in an ideal direction — but not much.

“Even when something becomes mainstream,” he said, “the clock is ticking.”