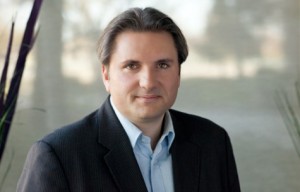 Jeff Clavier once worked for the venture investment arm of Reuters. But he decided he might do better on his own by sprinkling tiny amounts of money across what appeared to be a new crop of capital-efficient Internet companies. It was 2004. Sitting with Clavier at Founders Den, a popular clubhouse for San Francisco entrepreneurs, Clavier recalls that at Reuters, he’d made “some, but not a lot of money,” making the $250,000 that he and his wife set aside to stake his fund, SoftTech VC, “a nontrivial risk.”

Fast forward, and that gamble appears to have paid off. Clavier turned his first $1 million fund into a second $15 million fund in 2007, then a $55 million third fund in early 2012. Clavier isn’t speaking about fundraising, but judging from the firm’s most recent SEC filing, an $85 million fourth fund is around the corner, too.

“It was a crazy thing to do, but it worked,” shrugs Clavier, an unrepentant Frenchman. To date, roughly 20 percent of SoftTech’s 144 portfolio companies have been acquired, including the financial service Mint (Intuit), the online shopping services Kaboodle (Hearst), the content company Bleacher Report (Time Warner), and the game maker Tapulous (Disney).

Given how many people seemingly want to be known as “micro VCs” these days, this reporter asked Clavier to elaborate on what the job really entails. (Tomorrow, I’ll feature more on Clavier’s portfolio and his thoughts about the current market.)

What’s the biggest misconception about what you do?

I think people have to understand that it’s harder that it looks, and that while people might give you [a small bit of capital first fund], you really need to be successful to be allowed to raise a next fund.

Everyone thinks: I was a successful angel; I can be good at managing a micro fund. But the answer is no. Being an angel means having a good nose, being at the right place at the right time, and putting in small amounts of money after you’ve made quite a bit of money yourself, so that you’re not really risking anything. But managing other people’s money is a massive responsibility. Too often I get calls [from budding micro VCs] like, ‘Dude, I have this report to issue,’ or ‘Should I audit my fund?’ And those are panicked calls.

Have we reached a tipping point? Are there too many seed-stage funds?

There are so many. And I’m more than welcoming to the industry, but you wonder what people are thinking when they want to start yet another micro VC fund. The market doesn’t need it. [As it stands], there will be a contraction at some point.

What are some mistakes from which you’ve learned?

To be honest, the biggest mistakes we’ve made are the companies we’ve passed on: LinkedIn, Twilio, Airbnb, Square Pinterest. All of those were in our hands, and we said no.

You make mistakes. It’s your job to see everything, and hopefully make enough right decisions enough times that you make money for your investors.

The challenge for very early stage investors is that when we see things, they’re pretty ugly. They don’t work yet. Sometimes, we just fall in love with the entrepreneur and we nail it. But take Airbnb. I heard of it when it was AirBed & Breakfast and they were selling a service that helped you get an air bed at someone’s place when you went to [an out-of-town] conference. Hmm [said mockingly], let me think. [Laughs.] And it was a total screw-up.

One of the mistakes I made, I think, was that I stayed on my own for too long. I don’t think I was clear on the real opportunity to build a firm around this strategy until around late 2008, 2009. Then I brought on my awesome partner Charles [Hudson] in 2010. [Clavier soon after added principal Stephanie Palmeri.]

I wouldn’t do the solo GP thing again. But my own evolution has been defined by the fact that I started 10 years ago, when the only mentor I had at the time, because he’d gotten going slightly earlier, was Josh Kopelman of First Round [Capital].

What else should those who want to follow your path consider doing?

First, I’d say open a new bank account, define a budget, say $250,000, and give yourself 25 shots of $10,000 to invest over two or three years. Take your time, but forget about that money because the most likely outcome is that you lose everything, and if it comes back, it will take a long time; most exits take seven to nine years.

Beyond that, try and figure out whether you’ll be good at being a coach: supporting, helping, kicking, yelling a bit if needed, being tough, but not driving, because entrepreneurs don’t work for you and often don’t listen to you.

You also have to be really good at context switching, depending on the size of your portfolio, switching every half hour to an hour from one company to another to another, always on the lookout for portfolio value add [like new hires]. You have to be happy to work 10 to 12 hour days, then do email and still go to bed feeling like you’ve accomplished nothing because it’s so varied that having a sense of achievement and success is nearly impossible.

You’ve noted that mistakes are inevitable. But are there any “tells” when it comes to good or bad founders? Any unifying threads?

No, you can never predict. Sometimes we look back at teams we backed and we say, what the f__k were we thinking? It was just so obvious those guys would fail, but of course, when we invested, we didn’t feel that.

It is really good to know what you’re good at and what you’re not good at. We made a couple of investments in next-generation e-commerce companies that literally got obliterated and we lost close to $1 million, twice, and that sucks. We actually stay away from that category now, the subscription thing, we’re done with it. It isn’t that there aren’t good types of companies; we’re just not good at sniffing those.

Anything else people should expect to experience?

For anyone getting going in this industry, they have to be clear that bad news comes first. So you invest in a company, and if it’s a really crappy deal, within six months to a year, you’ll have to tell your investors you lost their money. And unless there’s something exceptional happening in the portfolio where you have a very early win, you will have bad news after bad news after bad news until you get some good news. You have to have the guts to say, “This is why we failed and this is where we screwed up.”