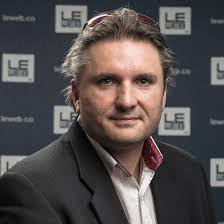 This week, StrictlyVC sat down with investor Jeff Clavier of SoftTech VC to talk shop. Yesterday, we featured part of that chat, with Clavier discussing the less glamorous aspects of his work, from expensive mistakes to entrepreneurs who don’t exactly hang on their investors’ every word.

In this second installment, Clavier shares his insights into what’s happening in seed-stage investing, where SoftTech has been playing since its 2004 founding.

You aim to own five to 10 percent of each startup that you back. Why is that the right range? Why not invest in fewer companies for slightly more ownership?

It works because if you try to own 20 percent of a startup, there’s no room for syndication, and we believe fundamentally that the core proposition of the seed stage world is to own enough that any outcome is meaningful, without using any sharp elbows.

But you have to partner with other investors who are adding value. There’s always a lot of work to do in seed deals, and it often goes on for a year to a year-and-a-half (before the company raises more funding or starts to wind down). And it screams at you, what investors haven’t done because a startup is one of 100 other startups they’ve backed.

Are you finding that Series A investors are being any more or less accommodating of seed investors in today’s market?

If there’s one term sheet, then you have to face reality [and take their terms]. If it’s a multiple term sheet situation, then you have a negotiation. If you come in with a convertible note, then you’re stuffed, because there’s no pro rata right, and the VCs will basically tell you to go f off. At least, some of the best and most aggressive will.

What’s been your experience specifically?

We’ve done well recently. In the last four months, we’ve [seen 10 of our portfolio companies close] Series A rounds and five [of them close] Series B rounds. A top-tier firm did three of our Series A [deals] and we could only get pro rata in one. But I don’t think that’s a new development; it’s happened all along. Everything is a negotiation. [Larger funds have to weigh] how big a spot they want to leave you in the cap table versus their own ownership requirements. But it’s not like we won’t deal with those guys again. If you have a reputation, people don’t want to f__k with you. You just have to know when to push and when to pull.

These days, seed investors often own 20 percent of a startup by the time it meets with more traditional VCs. Is that becoming a problem?

It’s true that when companies come to traditional VCs, the cap table has a chunk of 20 percent [up] from 5 percent. But it is what it is. The companies that come to them have been de-risked. Seed is the new A, and A is the new B. We’ve seen this [directly]. We’ve [participated in] traditional Series A [rounds], between $4.5 million and $6 million; we’ve also done Series A [rounds that are] between $8 million and $10 million. We’ve had a $15 million Series A round.

How big a check will you write to maintain your stake in a startup?

Well, we’re always trying to… generate 10x on a seed, Series A or Series B investment … One of the biggest checks we’ve written was $1.6 million in Vungle [a mobile ad startup that makes 15-second in-app videos]. Vungle just announced a $17 million Series B at a pretty hefty valuation [led by ThomVest Ventures], and we participated in full.

Do you feel like things are working in the industry, structurally?

There is so much institutional money that the funds being raised have to be put to work somewhere, so a lot of entrepreneurs are being funded who shouldn’t be. But it’s always hard to know who [should receive follow-on funding]. Somebody’s piece of junk is someone else’s Pinterest.

Is there bifurcation happening in seed investing? We’re hearing more about early seed and seed prime and seed extension deals…

No. You have incubators, which is a sh_t show now, there are so many of them. You also have early-stage funds like [K9 Ventures, whose founder, Manu Kumar] is almost like a quasi-founder.

We really value the fact that Manu is working with entrepreneurs at that ideation phase. But we don’t typically do it. For example, when we invested in Coin [a card-shaped connected device that contains users’ credit, debit, gift, loyalty and membership card information], we saw a big, bulky piece of plastic. But at least we saw plastic. When Manu got involved, there was nothing but a vision.