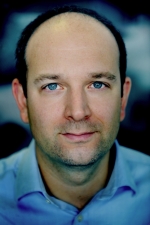 From a distance, venture capital in Turkey and the broader Middle East seems to be taking off. Among other things, in December, a Dubai-based investing duo announced they were forming a new, early-stage venture capital firm called Emerge Ventures to focus on Middle East startups. In January, renowned angel investor and entrepreneur Fadi Ghadour disclosed plans to launch a new venture fund to support startups in the Middle East and North Africa. And Earlybird Venture Capital, the 17-year-old, Berlin-based early-stage venture firm, announced that it’s raising a fund to focus on companies in Turkey and Central and Eastern Europe. (It has closed on $110 million so far; it’s targeting $130 million.)

To get a better sense of what’s going on, StrictlyVC talked with Pamir Gelenbe, a venture partner with Hummingbird Ventures, a young, early-stage firm with offices in London, Antwerp, and Instanbul. Among the firm’s investments are Turkish game developer Peak Games, which has raised $18 million to date; and the invite-only shopping site MarkaVIP, which is based in Amman, Jordan, and has raised $15 million.

So what’s happening in the Middle East? Why is there more activity suddenly?

I don’t think there’s been any sudden step change. In fact, we’re excited about that part of the of world because we pretty much have no competition. There are a few funds (including recent entrant Doğa Ventures, founded in late 2012 by famous Turkish businessman Fethi Şimşek). But the competitive intensity in the Bay Area is probably one hundred times what we’re facing.

Are you seeing much innovation? And how’s your deal flow?

It’s okay, but you have to be patient. Some startups copy earlier successful models. A few have developed something truly innovative, and we advise them to move their headquarters to the Bay Area to develop their go-to-market approach and maybe to get acquired, because that isn’t going to happen if you’re sitting in Turkey or the Middle East.

In the grand scheme of things, the scene is pretty small, but entrepreneurship is definitely on everybody’s mind. In Turkey, there are probably two or three entrepreneurship conferences every week. It’s become a big thing. And there are maybe a dozen local VCs in Turkey who are serious and another dozen external VCs who are looking on a regular basis.

What about the rest of the Middle East?

Halve those numbers. The Middle East is very fragmented; it’s 20 countries or so, so unless you’re in digital media, where regulation is immaterial as long as you don’t show profane pictures, you’re fine. But if you’re dealing with e-commerce, you’re dealing with customs and every state’s regulations, and it becomes pretty hard.

In Turkey, e-commerce was really hot then cooled somewhat. Why?

Turkey has a strong logistics network, with the largest fleet of trucks in Europe and very good roads that cover the whole country. It also has a great payments infrastructure. It’s much better than in the U.K., where until recently, you couldn’t send instant transfers between banks but had to wait two days instead. [Turkey] has just leapfrogged all this legacy technology that people have in Western Europe.

But e-commerce has become extremely competitive, with razor-thin margins across the board, so it’s less exciting [to us] as investors.

What have been some of the bigger exits out of Turkey?

You just spent a year living in Instanbul with your family. What were your impressions of it? There’s obviously been a lot of unrest.

Turkey is seeing a crazy pace of urbanization, driven by developers with fairly limited supervision from the government, so there’s no green space in Istanbul. I worry that they’ve built this thing that’s unlivable.

The macro [picture] is also very hard. There are questions about the application of the rule of law. It’s been a rocky 12 months in terms of internal politics.

At the same time, it has good fundamentals, a pretty good infrastructure and an educated population. And people are very fast in Turkey about getting things done. Maybe people are jumpy because they’ve been rocked by economic crises over the years, so people know that you get things done now — you don’t wait until tomorrow. That’s the way things work there, though. My clock speed always goes up a few notches when I’m there.