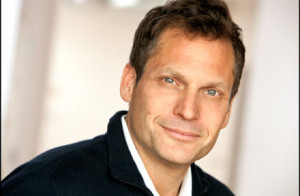 New York’s Metamorphic Ventures isn’t one of best-known brands outside the city. That’s by design, says cofounder David Hirsch, who was Google’s second employee in New York and stayed eight years before diving into venture capital in 2009. After raising $20 million from well-connected individual investors to get started, Metamorphic needed time to start proving itself, he suggests.

Fast forward to today, and things appear to be clicking along. The firm, which invests in digital media, commerce, payments, ad tech, software infrastructure and other Internet-enabled startups, has already enjoyed seven minor exits, and its portfolio includes promising companies like the popular crowd-funding platform Indiegogo and the retail analytics company RetailNext. More, Metamorphic has cultivated what Hirsch calls a “distributed human engine” made up of both powerful advisors (including Square’s head of product and engineering, Gokul Rajaram), individual investors (HSN Chairman and CEO Mindy Grossman), and deep-pocketed strategic investors (Advance Publications) that have collectively given Metamorphic another $50 million to “add to the cover” of that earlier, $20 million fund, says Hirsch.

The capital will be used to invest in many more startups, but Metamorphic also raised the funds to maintain more ownership of its breakout portfolio companies, which the firm hasn’t been able to do to date. Hirsch talked with StrictlyVC about it yesterday.

You’re looking to fund startups that have raised some money but not Series A money. Is that still an underserved segment in New York?

We think so. The market has really shifted to where the large private equity firms like Coatue Management and Tiger Global are [making big bets on later-stage companies] and big VCs like Kleiner Perkins are moving downstream to do more A and B. But there’s still a hole in the market right now in seed. It’s the opposite of the Series A crunch; we’re seeing amazing, angel-funded companies that are hitting their growth stages that don’t want to raise these mega A rounds just yet.

You say you made some mistakes early on. What was the biggest?

A lot of the companies grew bigger more quickly than we anticipated, so we ended up farming out our winners to Silicon Valley. We built a great portfolio, but [our fund] was too small to have meaningful ownership. So right now, the goal is 10 percent ownership – that’s what we strive for. We raised the money in order to have that optionality that we’ve been losing.

What size checks will you be writing now that you have more to invest?

You have investments on both coasts. How would you characterize valuations in New York right now, compared with Silicon Valley?

It seems more specific to the team than [rooted in geography], though it sometimes feels like the capital on the West Coast is less price sensitive than in New York. That could be a function of a lot of things. I think New York is more monetization and revenue focused. [Investors here] like more data to back into a [high] price.

Is Metamorphic a typical New York firm in that sense?

We’re not value investors, but we’re disciplined as far as price is concerned, and we want to make sure we’re careful. We’ll pay up for the right teams. And we do believe we’re at the next generation of Internet businesses where maybe the price increase is justified. But sometimes it’s not. Sometimes you’re dealing with bigger investors who are [offering term sheets] as a call option, and that can price up opportunities for the wrong reasons.

Anything else you can share that you’ve learned thus far as a VC?

Google always had this [hiring] thing called the “airport test.” Someone could be an all star, super smart, capable of helping you solve pain points. But if you missed your flight and were trapped at the airport [together], would you be excited to hang out with this person?

Working relationships are long-term relationships; that’s true of [colleagues] as well as with investors and founders. There are always reasons to say no to deals. A lot of the business is just trusting your gut.