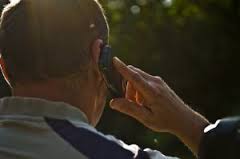 On Friday, the Wall Street Journal reported that GoDaddy, which provides domain-name registration and Web hosting services to millions of customers, is “preparing for an initial public offering” and that in “coming weeks [GoDaddy] plans to interview banks” to underwrite its offering. The source was “people familiar with the matter.”

For better or worse, such whisperings have now become the new normal, and we can expect to see much more of the same as a result of the JOBS Act and the changes it has brought to tech IPOs. (The JOBS Act permits companies to submit confidential draft registrations to the SEC and go public within 30 days of their acceptance.)

Before the JOBS Act, filing an S-1 was much more public. Competitors knew a company was planning to go public, and any revisions by the SEC caused costly delays that could cause a company to miss its “window” to go public.

GoDaddy was just one company that suffered through this process. In 2006, it tried to go public but later pulled its offering. Former CEO Bob Parsons, who was replaced as CEO in 2012, said at the time that he yanked the offering because he found the quiet period that came along with it “suffocating” as it prevented him for doing radio, TV, or his-then weekly Internet radio show. (The company was also losing money, according to its S-1.)

Today, the JOBS Act gives companies much more flexibility in timing their offering, and leaking their supposed IPO plans has become a big part of the process.

For now, the situation seems to be a win-win for everyone involved. Companies can test the public waters while simultaneously chumming for strategic acquirers, while reporters can feast on “scoops” that are hard to disprove.

If there’s any downside, it’s that not going public after all can be, well, awkward, says Jay Ritter, a professor at the University of Florida who studies the I.P.O. market. “One of the reasons companies like confidential filings is that if they start the process, then pull back because the market isn’t as receptive to their business model as they thought, it can be embarrassing for a company, just as it might be embarrassing for someone who broadcasts that they’ve applied for a new job and gets turned down. People like to wait until the good outcome is about to occur before they announce things.”

Conceivably, employee morale could take a hit, too, if staffers become convinced that an IPO is nearer than they thought based on press reports.

“Before the Jobs Act,” says Fitzgibbon, “companies had to hang it out there and hope to God the market didn’t fall apart. But [the nearly two-year-old law] created market timing.”

Now, says Fitzgibbon, “You prime the pump, get the guns lined up and, like Bunker Hill, you don’t fire until you see the whites of their eyes.”